Just about every summer weekend household owners the world over can be found mowing their lawn. The boater’s equivalent to this chore is scrubbing the hull, but fortunately, with some decent bottom paint on the hull, it’s not a weekly task. Since we had Frost’s bottom done in Trinidad, we haven’t had to spend a moment’s time cleaning it. Recently though, even though there was still no grass or moss growing on the hull, or whatever the seaborne versions of those plants would be, we noticed that we have been picking up a number of barnacles. As any bottom growth can slow a boat down significantly, we figured it was high time that we sent those barnacles packing!

In the past, with our small catamaran’s 3 foot draft, we could pretty much clean its entire boat bottom without putting our heads underwater, and that included the keels. Frost is a completely different matter. In addition to being longer by 50%, its single hull is both significantly wider, and deeper, than ZTC’s dual hulls, and thus a lot more work to scrub. While its certainly possible to clean the entire thing by holding our breath and diving, and in fact, Rebecca largely did do that on the port side of the boat, I decided to try out the dive gear that came with our boat to see if the job would be any easier.

Note: Diving with compressed air is potentially dangerous. Don’t do as I do, get some proper instruction!

Frost came equipped with two dive tanks which, in the past few months, we had hydro tested, and filled. The boat also came with a couple of regulators, with one attached to a long hose so that the bottle could be left on the deck while the diver was in the water. As neither of us have completed any dive training, we enlisted the help of a knowledgeable SCUBA friend of ours to first check out the system, and then talk us through the procedure. To put his mind at ease, I assured him that I wouldn’t be going any deeper than 6 feet, and I promised that I wouldn’t hold my breath! 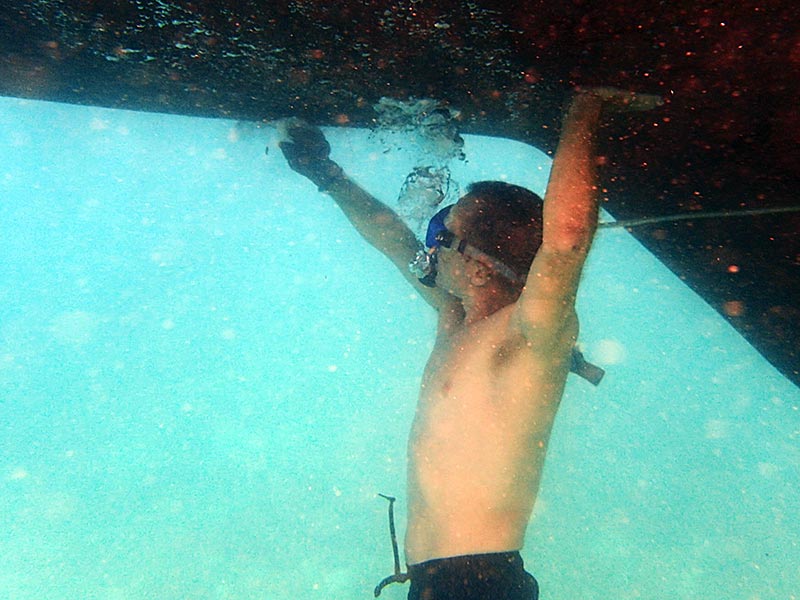 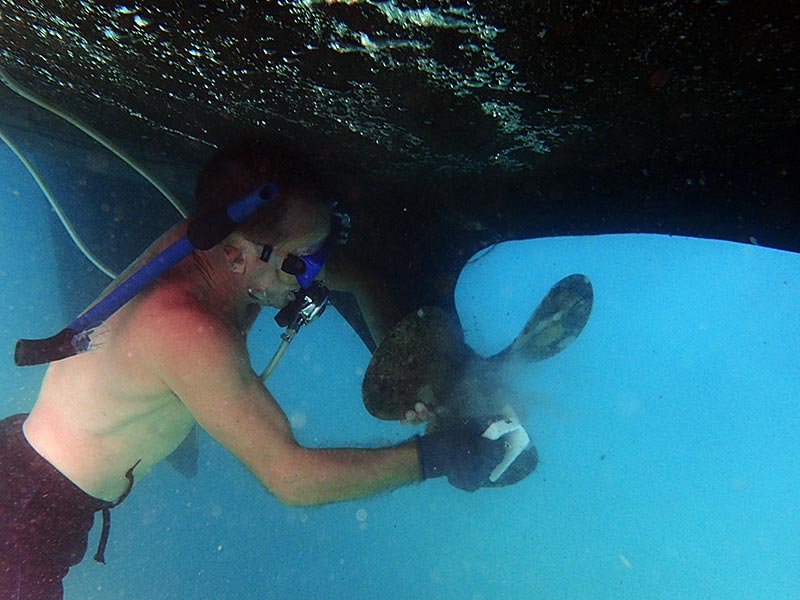 How did it all work? Like a charm. While, as I said, we could have cleaned the entire bottom by holding our breath, diving over and over again is very tiring. The dive tank allowed me to get the job done quicker, more throughly, and with much less effort than I could have done without it.

Alternatively you could use a hookah!

As an alternative to what I described above, some cruisers carry a hookah system

on their boat. These devices, powered either by 12 volts, or a small gasoline engine, work great. While we don’t own one, we did have the chance to try out one belonging to our friends Peter and Jody on the sailboat Mary Christine. Good fun, and practical too! 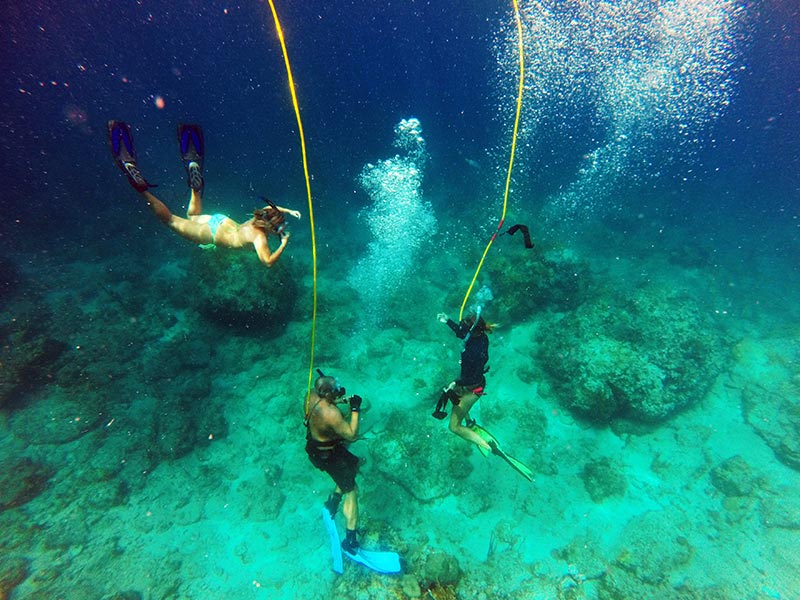 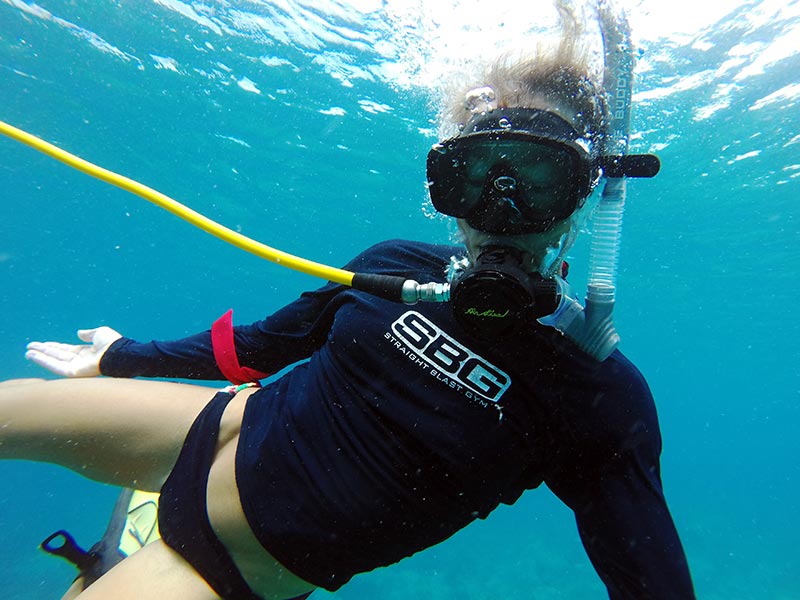 Licensing vs. Registration vs. Documentation…