I’m sure it can be said that all engines have their own issues. Our last few years have been spent learning the ins and outs of outboard engines. While that info is still important as we will have a Yamaha outboard powering our tender, the Leopard that we’ll be living and working on has an entirely different setup for its auxiliary engines.

In the stern of each hull of the 4600 lies a 54HP Yanmar diesel engine. Unlike some of this boat’s Leopard predecessors, the engine is not connected directly to the propellor via a straight shaft. On the contrary, it transfers power through a couple of right angles via a system called a saildrive. On the 4600, the particular model of saildrive is a SD50, a piece of gear not unknown to have issues. 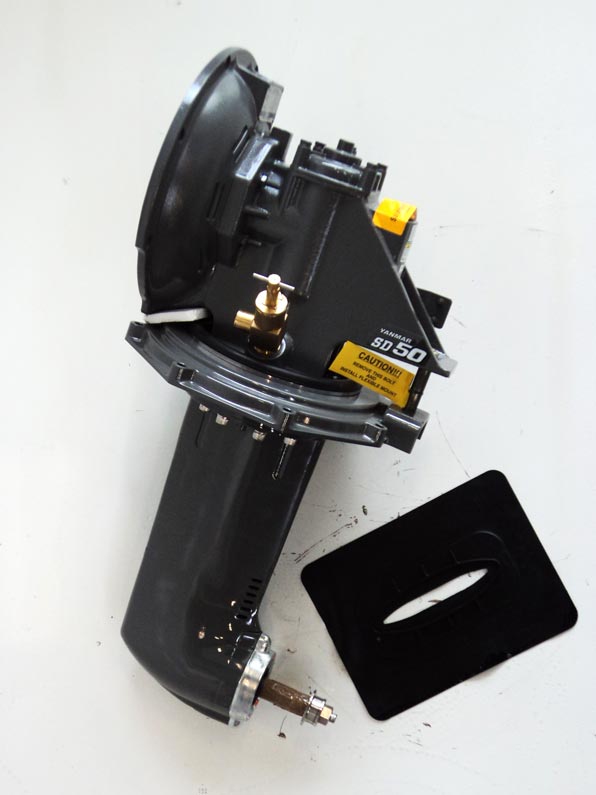 I have had the good fortune to be exposed to some of these issues because our friends Kirk and Donna have the exact same engines and saildrives on their Lagoon catamaran, Ainulindale. I have witnessed first hand some of their woes and the steps that they have had to take to rectify them. One particular issue relates to leaking seals on the saildrive, quite possibly the result of overfilling the gear oil chamber. How could that possibly happen? Quite easily actually.

It seems that most of the SD50s out there have a dipstick with incorrect markings for the high and low gear oil levels. While this info was made known to the dealers via a service bulletin, I’m not so sure it has filtered down to all of the users. Fortunately for us, Kirk did find out about this. The photo below is of the new, properly-marked gear oil dipsticks. Each one costs less than $10.00 and having them can help to avoid seriously costly engine drama. Big thanks to our buddy Kirk for sharing this info and for picking us up two of the dipsticks for the new boat. 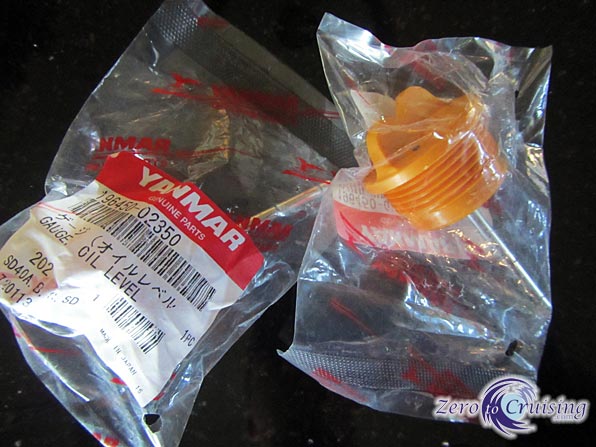 How’s this for an adventure?

If it weren’t for her…