A day on the water definitely beats boat projects!

We’ve been working through a few electrical and battery anomalies. Some remain unsolved, but at least we managed to get one dealt with, even though I can’t say why it was occurring specifically. Fixed is fixed though, right?

Similar to many boaters, I suspect, one of the first things we check each morning is our boat’s battery voltage.

Note: If you don’t have a way to accurately measure battery voltage on your boat, and amps in and out, you need to get one! None of the boats we have owned or worked on had such a device when we initially got on board. A LinkLite

battery monitor was one of the first things we installed, and have never for a second regretted it. Yes, that is an Amazon affiliate link, like many of the other links on this site, and if you purchase items through them, we get a tiny kickback (it never costs you anything additional though). We only recommend products we like and use though. You can count on that.

We have our battery monitor wired to show both the voltage on our main house bank, and also that of our starting batteries. Lately I have noticed that, in addition to our house battery voltage being lower in the morning, something that I’d expect to occur after running our refrigeration all night, our starting battery voltage has also been down. That I would not expect, especially considering that those batteries are less than a year old.

The other day, we had our electrician friend Simon on board, helping us to work through some other issues, and I mentioned this situation to him. After we verified that the battery switch was working properly, and was set in the proper spot (that involved, among other things, translating a couple of French words though Google Translate), he said there must be something linking the two banks together that we were unaware of. I tried to think of what it could be, and remembered that not too long ago, we wired the second output from our wind generator to the starting battery. It had two outputs, so why not? Well, as it turns out, that was the source of the problem! 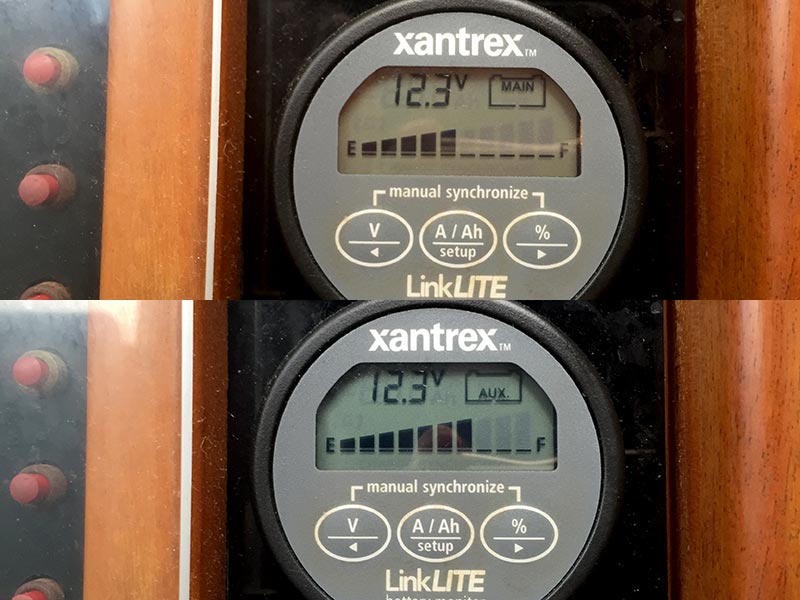 Both main and starting (aux) battery voltage down in the morning.

To test this hypothesis, I disconnected the one wire that we had connected to the starting battery. The next morning, and each morning since then, I checked the relative battery voltage of the two banks. Everything is now behaving as I’d expect it to. The main bank’s voltage is dropping, at an acceptable level, and the starting voltage is remaining up. Why this was occurring, I don’t know. It definitely shouldn’t have behaved the way that is was. To tell the truth though, I don’t care. I’m just happy that it has stopped. 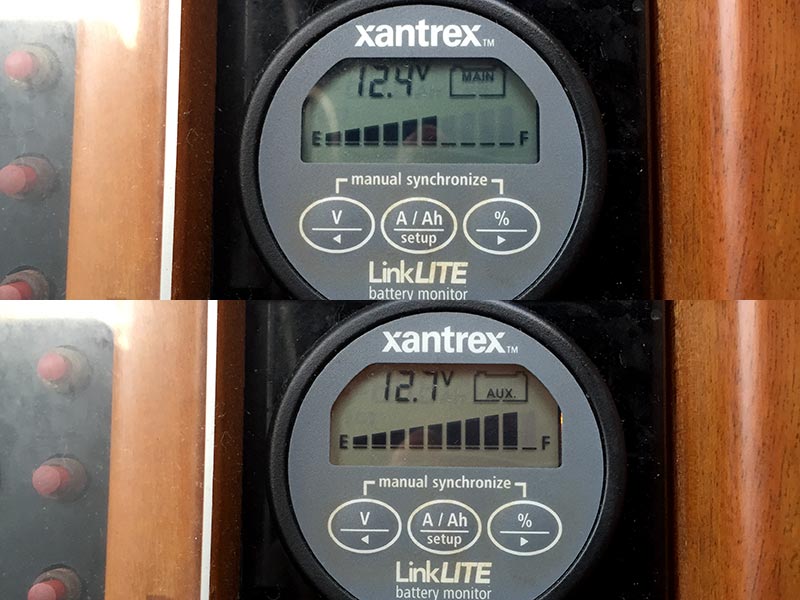 Starting battery still up, as it should be.

A well-deserved day off!

Yesterday, instead of doing a lick of work, Rebecca and I went sailing. Our friend Chris from LTD Sailing was helping a young couple learn the ropes on their new boat, a beautiful Fountaine Pajot Helia 44, and we were invited to come along. Specific to the day’s exercises was testing out their Parasailor, a sail that I’ve never had the chance to fly first hand, and their gennaker. Even though the squally conditions made it tough, too much wind or too little, we still got the job done, and had some fun in the progress. Thanks to Jamie and Jericho for inviting us onto their boat, Liberty Blue. She’s a real beauty! 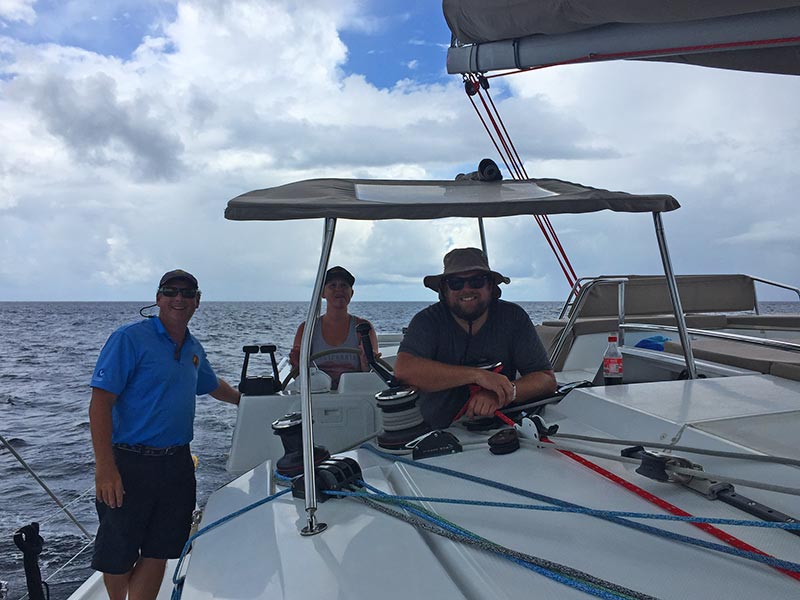 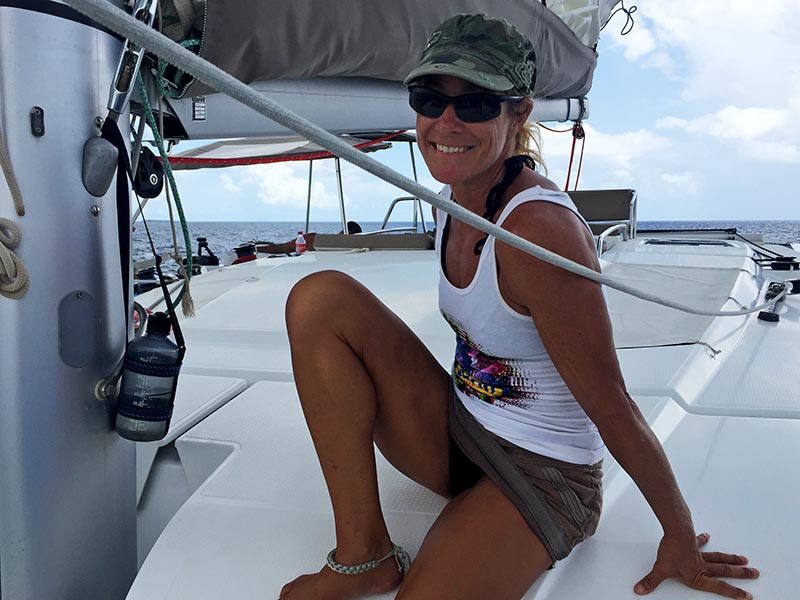 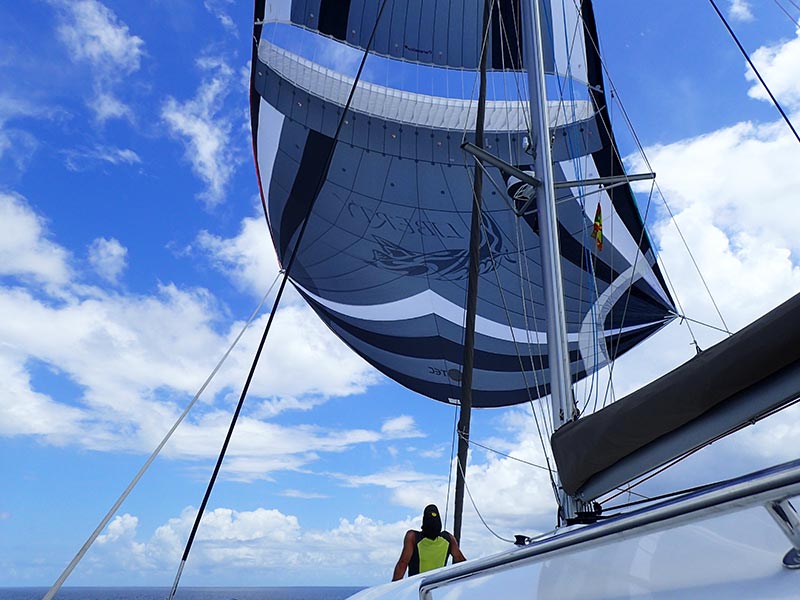 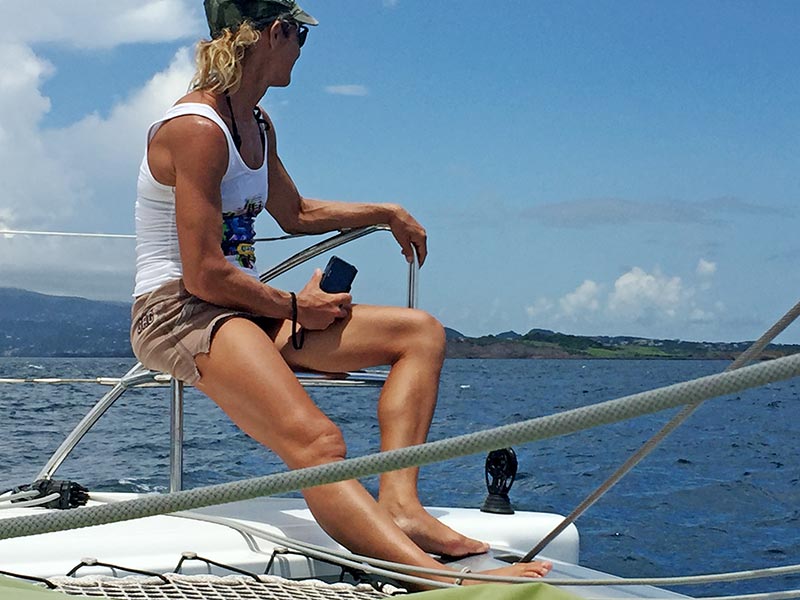 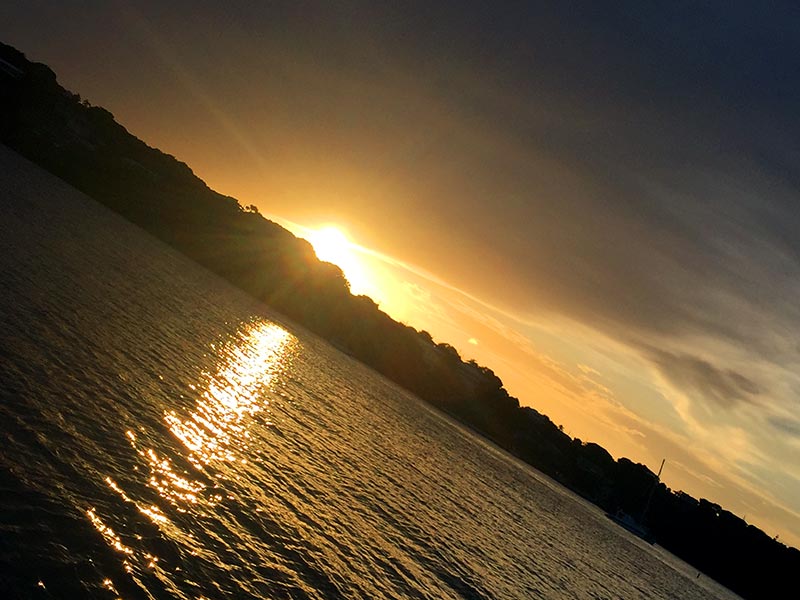 What charts do you use?

Now this is how you dock a boat!