It’s been almost two weeks since we arrived in Antigua and as you might deduce from our pics, we’re having a pretty awesome time. The anchorage in Five Islands Harbour is beautiful, with countless beaches all around. It was made even better the other day though when our new friends George and Kelly on s/v Earthling sailed in to anchor beside us. Earthling is a boat that we first saw way back in Georgetown, Exuma but in spite of the fact that we share mutual friends, we had never formally met. Until now that is. We spent a couple of fun evenings with these guys, the first on ZTC and the second onboard Earthling where George cooked us a fantastic meal. In hindsight, we probably didn’t need to have the two complete bottles of rum for dessert though… that made for a slow start the following day! Fun times. 🙂 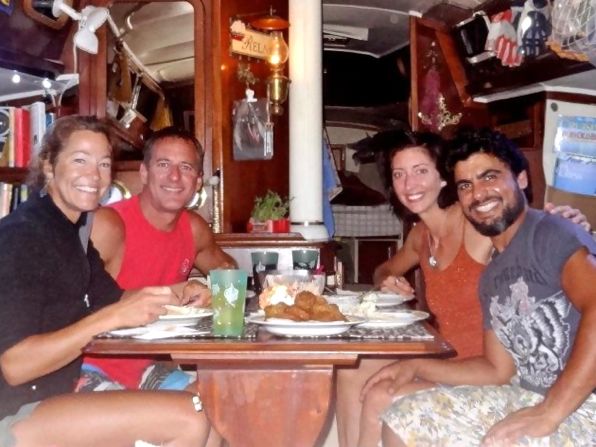 While you’re browsing, check out Kelly’s online Jewelry Shop
where she sells the beautiful items that she makes.

In spite of how great that anchorage is, and the fact that our friends had just arrived, we decided that it was time for a change of scenery, knowing that there was a good chance that we’d cross paths with Earthling again in the near future anyway. Our destination was Long Island on the NE corner of Antigua. Of course, we knew that the wind would be blowing quite strongly right in our faces as we rounded the island but we resolved to just motor our way around there until we found ourselves a nice place to anchor. We ended up stopping at Jumby Bay, home of the super-exclusive Jumby Bay resort. The large bay offers good protection from the wind and swell but it is also quite shallow. This is not an issue for us, only drawing 3 feet, but deep-draft monohulls can’t tuck in quite as nicely. 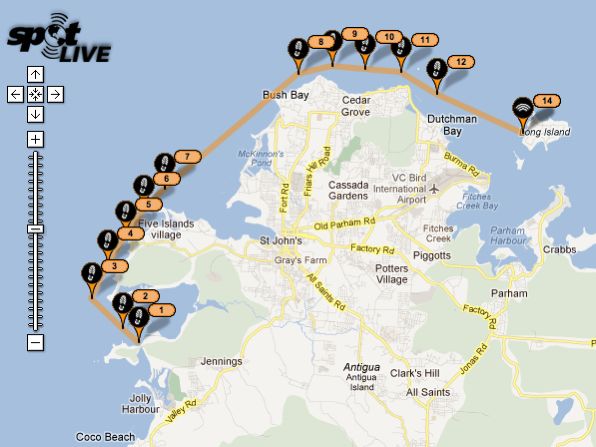 No tacking involved. Just straight bashing into the wind and waves. 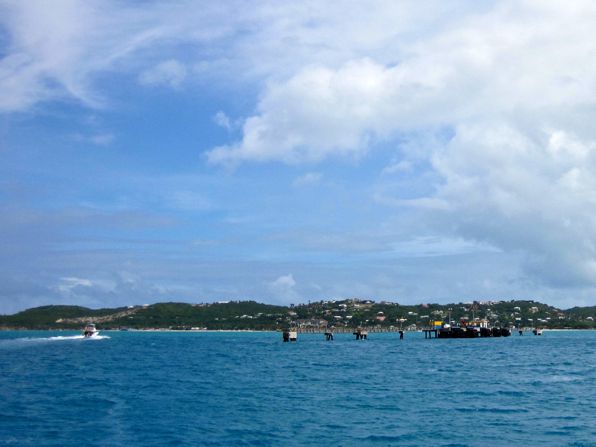 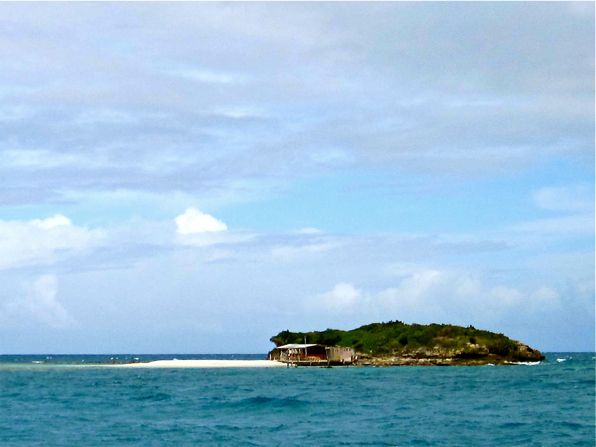 Prickly Pear Island, even though our chart labels it as Prickley PEARL Island. 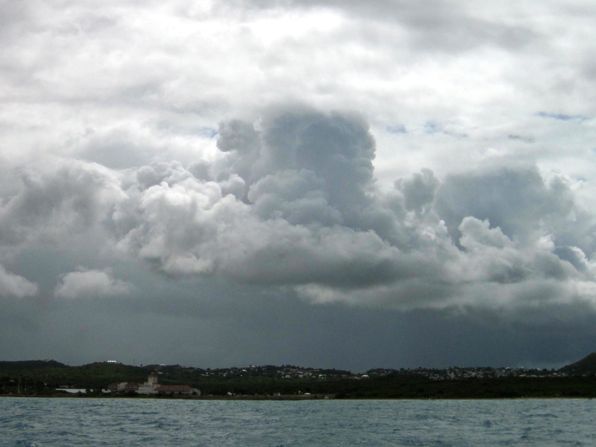 We did a great job of dodging the rain clouds while we were traveling. 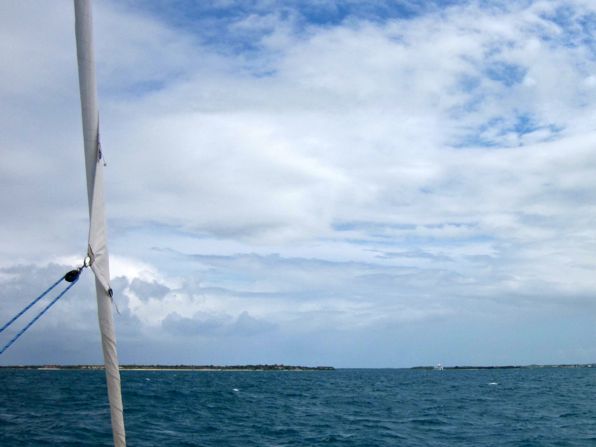 Long (and flat) Island in the distance.

As we made our way into the bay, past the two boats already at anchor there, we were pleased to see s/v Tiger Lilly, whose owners Tom and Lilly we had met way back in Beaufort, NC. Now that was a long time ago! We had invited Tom and Lilly over to our boat when we first met them in the US but shortly after we shared a couple of drinks on board ZTC, they left the bay (was it something we said?) and we never crossed paths again, until now. Isn’t that cool?

After we got ourselves settled, Lilly rowed over to us in their dinghy and invited us to join them and their friends for a pot-luck dinner. The get-together took place last evening on Peter and Catherine’s ketch, s/v Charlotte D, and we had a fun time sharing both stories and excellent food. I believe that both of those vessels will be heading towards Barbuda tomorrow, leaving us behind, but as we’ve already proven, there’s a good chance our paths will cross again! 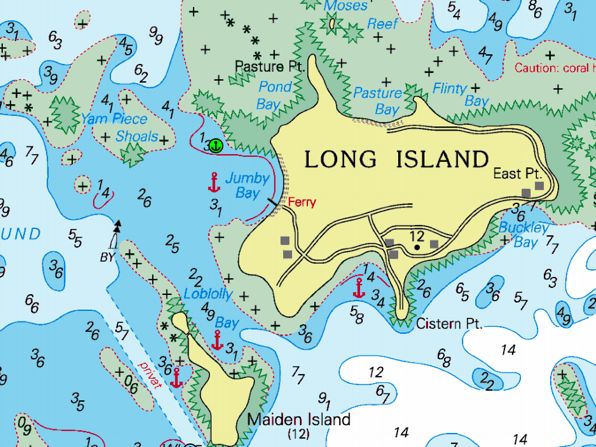 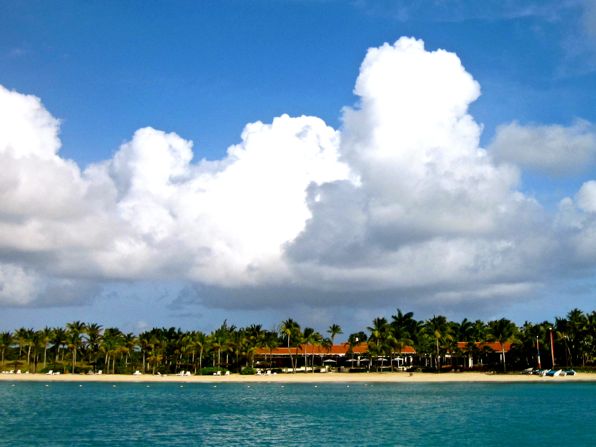 Cheapest rooms begin at over $3000.00 US PER NIGHT! I guess that helps to pay for the free Wi-Fi signal that they are sharing with us. Thanks for that! 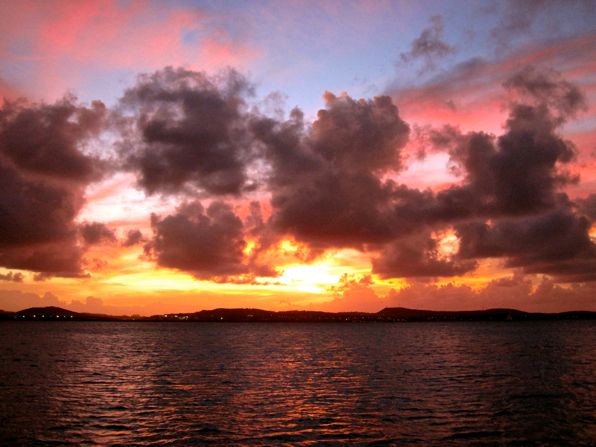 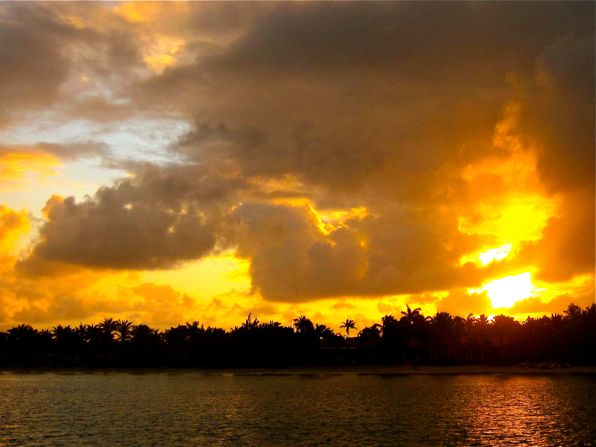 What goes down, must come up. 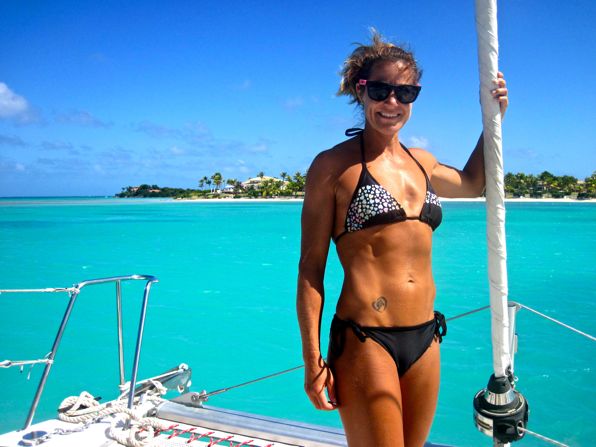 Getting ready to check out the snorkeling. 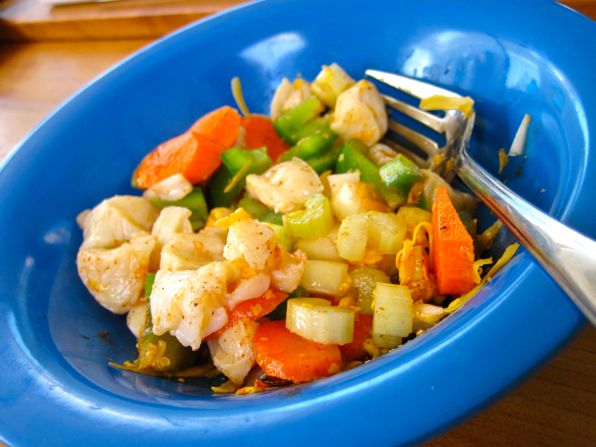 Unfortunately the swell has disturbed the bottom so much that visibility in the water is very poor. We did find a couple of conch though, our first since the Bahamas. Fresh conch salad… MMMmmm! 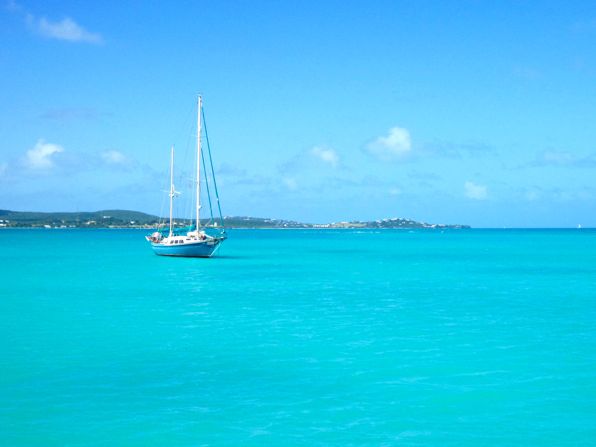 The Charlotte D, anchored just astern of us. 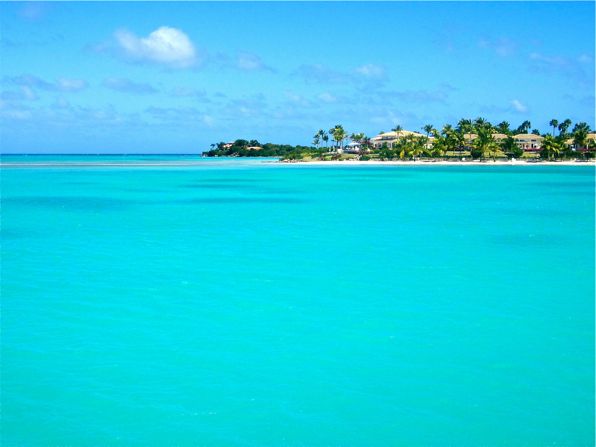 Can you believe the color of this water? Amazing!

No longer a Ronin

River rafting: the only boating trip I’m interested in today