We departed Cumberland Island yesterday along with our friends on Knot Tide Down, headed towards Jacksonville. Our other friends on the boats Sabbaticus and Southern Bella, who were also at Cumberland Island, took off a bit earlier with the intention of jumping outside to go to St. Augustine. We ended up fighting the current almost all the way up the St. Johns River, only to arrive 10 minutes too late for a bridge opening that we required.

During the day’s travels, the VHF radio was non-stop with announcements from the Coast Guard, searching for a fishing vessel named Animal Control which was apparently overdue. I’m not sure whether they had filed a float plan and not checked in or they were just reported overdue by a friend. Either way, the Coast Guard was repeating announcements about them over and over and over. I do hope that nothing serious happened and I feel confident that should we ever run into trouble, the Coasties will be all over it, at least as long as we are in the US.

We had our own little run in with the Coast Guard yesterday when we transited by a security zone. When an armed inflatable with several Coast Guard officers came up along side us, we of course slowed down, thinking that they meant to board us. When I hailed them to find out what was up, they let us know that they were merely escorting us through that section of water. That’s another first for us. 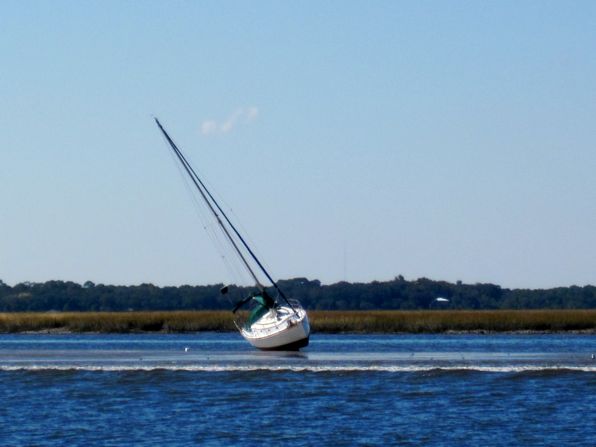 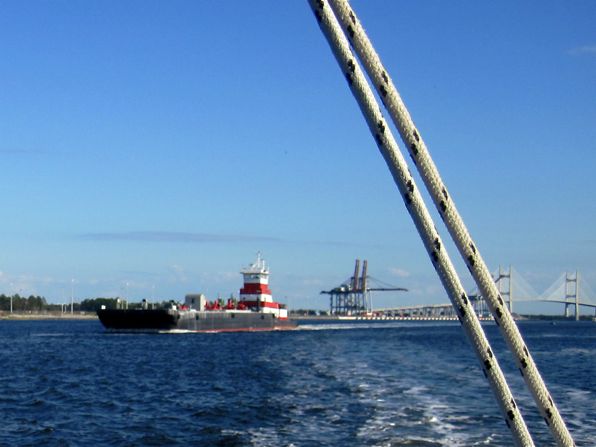 This barge may not look too close in the photo but it sure seemed close as it was steaming past us. 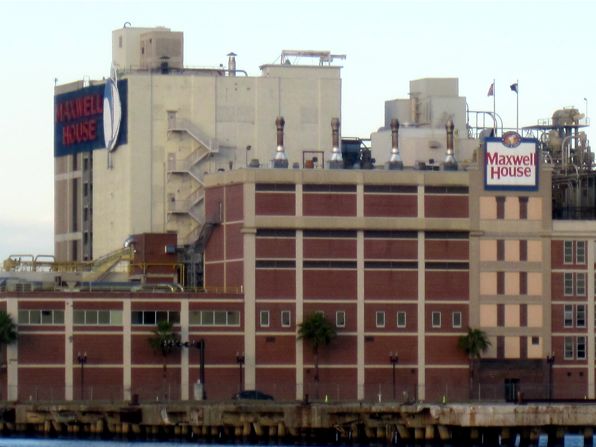 You could smell the coffee right out in the channel. Mmmmm 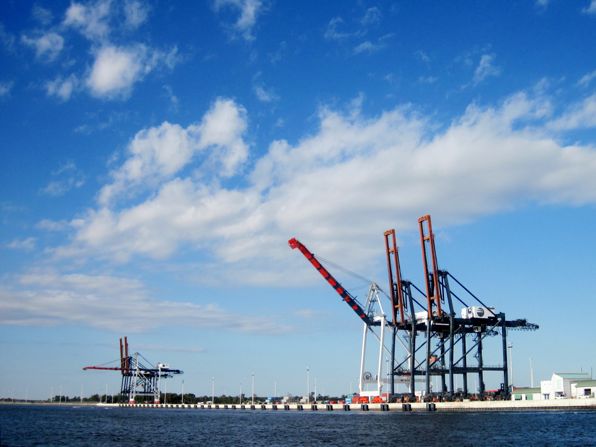 I love these things… they so remind me of Star Wars! 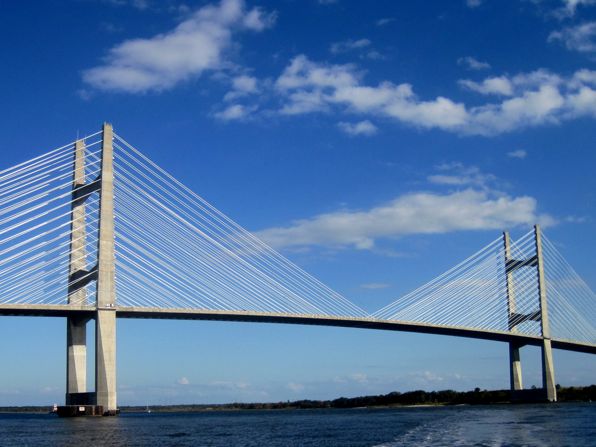 One of many bridges. This one was was high enough that we could just go under it. 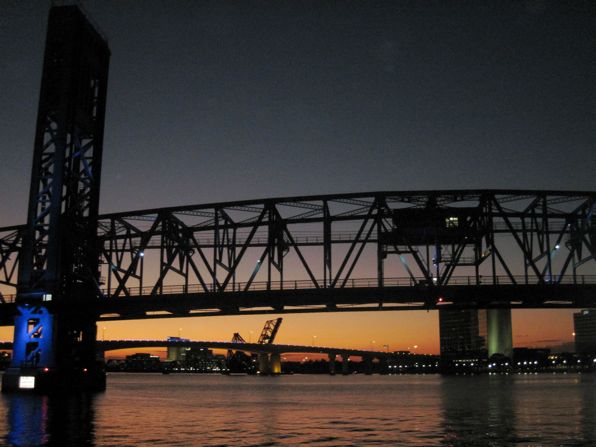 This one was NOT high enough. We planned to tie up on a free dock JUST on the other side of it. We unfortunately arrived at rush hour and thus had to wait over an hour for it to open. 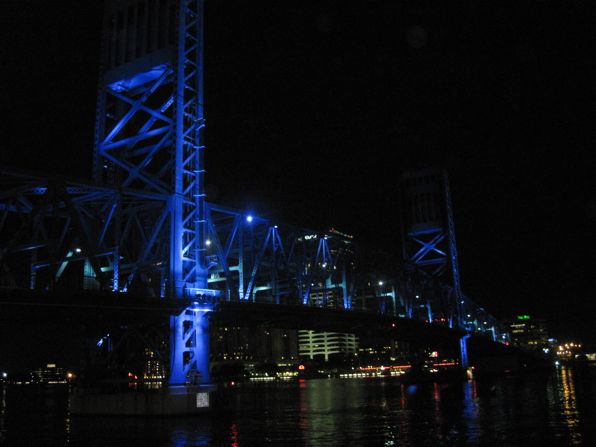 On the other side of that bridge, safely tied up and happy.