Carriacou to Union Island to Tobago Cays to Bequia

The experts tell us that this entire region has been under the influence of a large weather trough. I never mastered weather-speak so the word trough doesn’t mean too much to me, but the practical result is that for more than a week now, the weather here has been wet and squally. I read this morning that the intense rain storms we have been experiencing have caused widespread flooding in St. Vincent and the Grenadines, and even resulted in the death of one young boy, here on the island of Bequia, where we are now anchored. Tragic, and to add to that, it’s pouring rain here again right now! 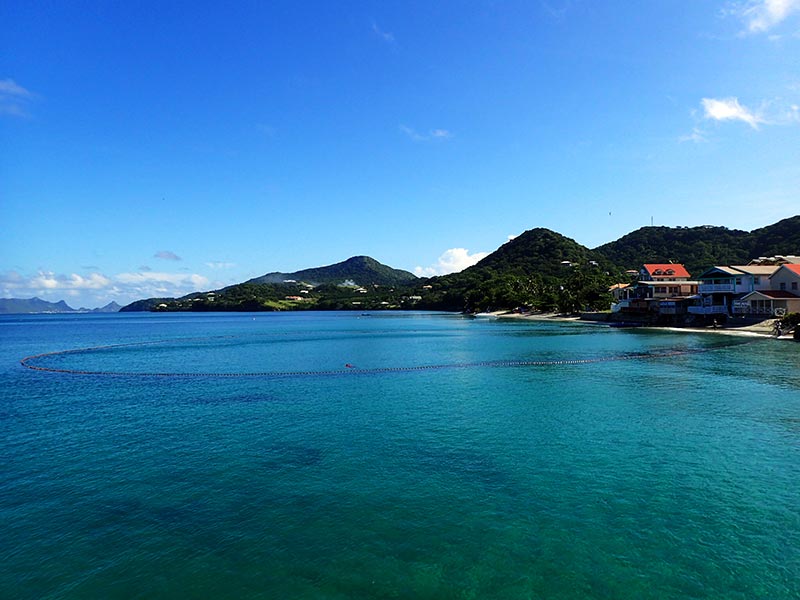 Fishermen in Hillsborough, working a net from the beach.
We had just cleared out with customs and immigration when I took this shot.

In spite of the crappy conditions, we have been doing our best to continue our northbound travels, and enjoy ourselves in the process. When I last checked in, I wrote how we were making ready to depart our private bay in Carriacou, Anse le Roche, and make our way into the Grenadines. For northbound cruisers, like us, who are looking to enjoy the Tobago Cays Marine Park, the first place to clear in to the country of St. Vincent is Clifton Harbor, on Union Island. 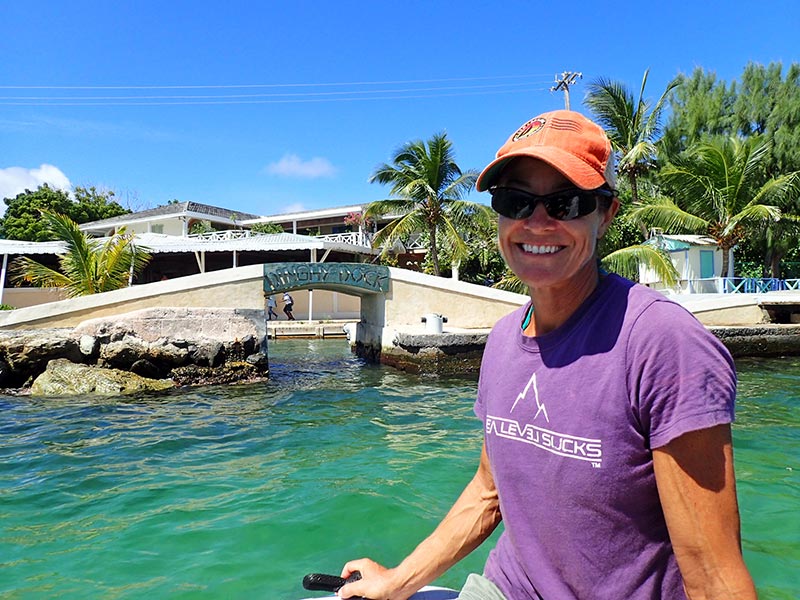 Clifton, Union Island. One of the coolest dinghy docks in the Caribbean.
Check out that narrow entrance! 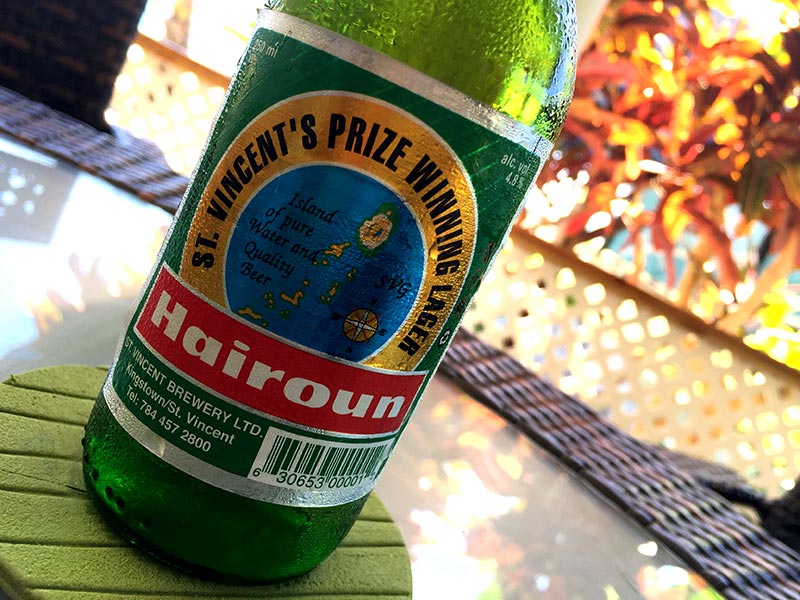 After clearing in to the country, I had to enjoy a local beer. It’s tradition!

We have visited Union Island a number of times in the past. We’ve explored the towns, hiked the mountains, and have spent days at a time at several of the anchorages. Unfortunately, some folks, including friends of ours, have had some security issues on Union Island, including one quite serious one a couple of years ago. This has caused a number of cruisers to be apprehensive about visiting there, and while understandable on one level, it is unfortunate. For the record, we have never had even a bit of trouble on the island, and the couple of hours that we spent clearing in this time around, and having lunch, was entirely pleasant. Every person that we interacted with was courteous and friendly.

Don’t miss out on visiting the Tobago Cays!

Beyond that though, those avoiding Union Island would also be forced to bypass the marine park, unless they planned to go there illegally, and missing that special spot would truly be unfortunate. Even with the crappy weather that we have been experiencing, the Tobago Cays are a must-do spot. 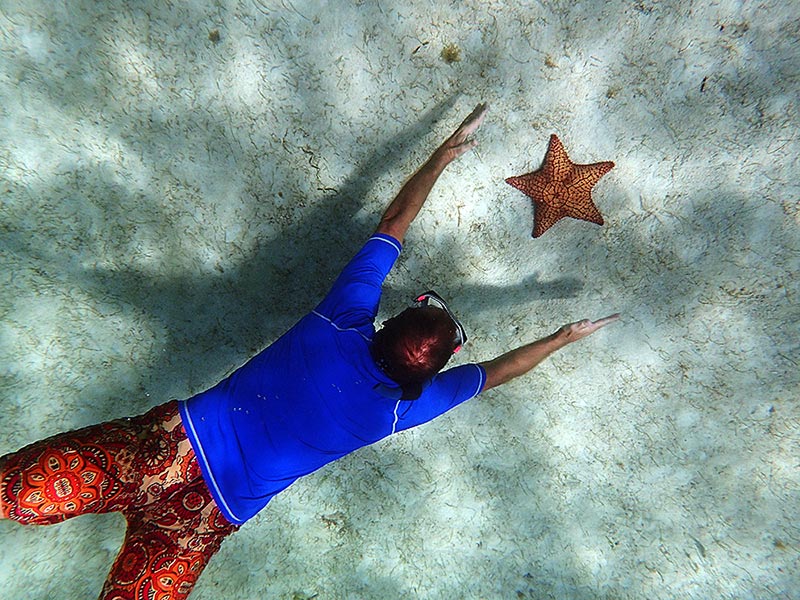 Keep reaching for the stars, my friends!

We were charged $10.00 EC per person, per day, to anchor in the marine park. An official park ranger visited the boat to collect that fee, and issue a receipt.

During previous trips to the Cays, we did as most people do, enjoyed snorkeling the reefs, and visiting with the resident turtles. We hiked on the surrounding islands, and played on the beaches. For whatever reason, the very popular attraction that we had never taken advantage of was the lobster barbecue that is hosted each night on the island of Petit Bateau.

Earlier this year though, during carnival in Grenada, we made friends with the guy that runs the barbecue, Romeo. Given that connection, we knew that, during this visit, we’d have to take it in. Boy, are we ever glad that we did! Romeo set Rebecca and I up on our own private table, and with candlelight for ambiance, we feasted on grilled lobster, conch stew, and more. It was a fantastic dinner, and given the number of people present — over 50 by my count — it is super popular. If you go to the Tobago Cays, by all means, treat yourself to a lobster dinner with Romeo. You won’t be disappointed, I promise! 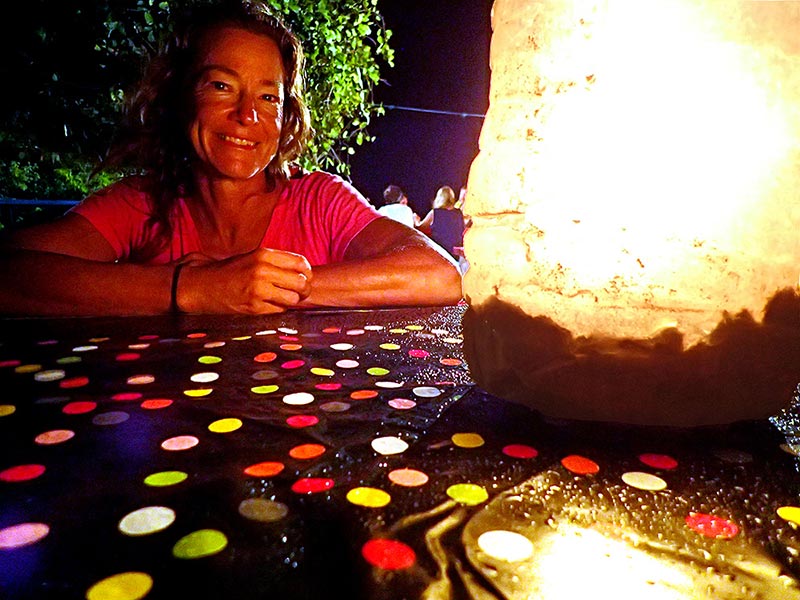 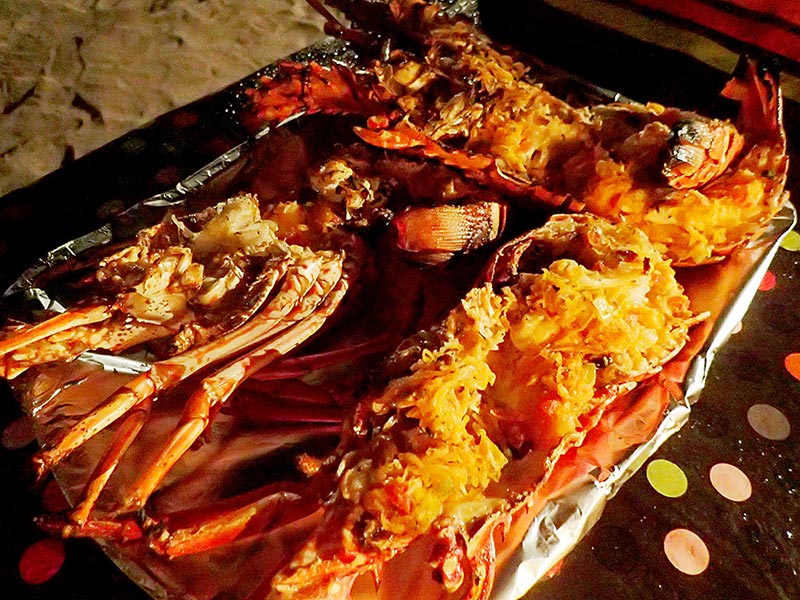 We were still stuffed from the meal the following morning!

Our plan yesterday was to depart the Cays and sail the 25 or so miles to Bequia, one of the larger islands north of there. We had checked the forecast on Windguru, and based on the expected wind and seas, it looked to be the best day for the passage. Unfortunately, when we awoke, we were once again greeted by squally and wet skies. In truth, it was one of the worst looking days in the previous week!

For once we got it right!

Believing that the weather wasn’t going to improve any time soon though, we decided to go for it anyway, and timed our departure to leave the anchorage in between squalls. For once, we got it right! We managed to stay dry the entire way to Bequia, and had a beautiful sail, reaching all the way to our destination. Were it not for the sometimes-significant waves on the beam, the trip would have been perfect. As it was, it was still one of the best sails that we’ve had in some time.

We couldn’t resist the Luci lights!

This does not impress me!