Camo is a No No

There was a time, back when we actually had to get ready to go to… gasp… work, that Rebecca and I would frequently both get dressed in the morning in camouflaged clothes. Or at least we would start out dressed that way. Once we both realized which shirts, shorts, etc. that the other had put on, a “discussion” would ensue about who had to go change into something else. Our thoughts were that one of us wearing a bit of camo to the gym was OK but having us both dressed that way was a bit much. We weren’t, after all, heading off to work at the army base.

The thing is, if we had been here in Trinidad while we were having that discussion, what we actually would have been debating is which of us was going to break the law that day. Yes, we have come to learn that, unless you are a police officer or a member of the armed forces, wearing camo in Trinidad is a big No No. That is not to say that we haven’t witnessed a couple of people sporting a bit of camo out in public but we have been told that it would not be far fetched for the police to stop someone so dressed and make an issue of it.

We first became aware of this law when we read a poster on the wall in the Customs office. The notice said that, not only are you not permitted to wear camouflaged clothing, you are not even permitted to possess it. Good thing Rebecca doesn’t wear her camo bikini anymore. We wouldn’t want her being confused for a soldier, now would we? 😉 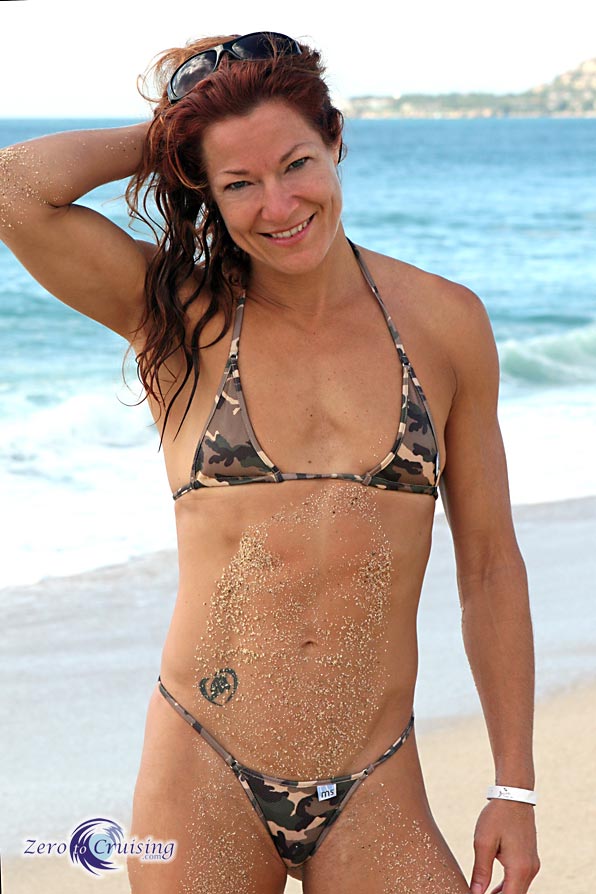 You’re not my friend!

Applying epoxy in the dark