I know that this record will be broken over and over, in places far more tropical, but we have never been anchored in one place for such a long time. In spite of that, our anchor did come up this morning and with only a bit of sludge on it.

We have truly had a great time in Washington, partly due to the abundance of sights but even more so, the super cool people. I can honestly say that we have met and interacted with more people at the Capital Yacht Club than we have through our entire trip to date. I know, it could have something to do with the fact that there is a bar at this marina but I don’t think that’s entirely it. 😉

As I’ve written several times in the past, our main purpose in making the trek up the Potomac River was to get our Ham/SSB radio hooked up. With the exception of installing the very expensive insulator at the top of our shroud (antenna), the job is done. The last piece, once the insulator is in our hands, can be done wherever we find a rigger. I am pretty confident that there are at least one or two riggers in the Annapolis area! Bill is planning on heading to Annapolis himself in the next couple of days for the SSCA Gam so we’ll no doubt hook up with him to get our hands on it.

With our agenda set to leave today, our intention was to just have a very low-key Saturday. Our new friends Bill and Laura had other plans though. They were off to a place they call the “hidey hole” at Three Sisters and they offered to take us along. This is a spot that sail boaters don’t often get to due to the low bridges that need to be dealt with and that is really too bad. Just 45 minutes outside of Washington (past Georgetown) and you really could be in the middle of the wilderness (if it weren’t for those helicopters flying by every 20 minutes). The trip to Three Sisters in their Hatteras was quick and fun and once we arrived, we rafted up to another Hatteras, owned by a couple of their friends, Rich and Ashley. Great times, and we awoke at 6 AM this morning with only a bit of a hangover!

Today our plans are to cover as much ground as possible because we’d like to make it back to Annapolis in less than the 6 days it took us to get here. The wind is pretty much non-existent at the moment but we do have the tide with us. Tomorrow the winds are supposed to build and be in our favor, which will sure be a pleasant change from the headwinds that we had all the way up this river. 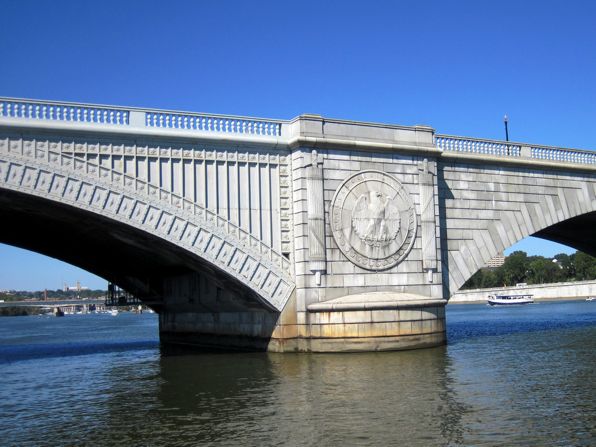 No doubt they built this low bridge to keep the sail-boaters out! 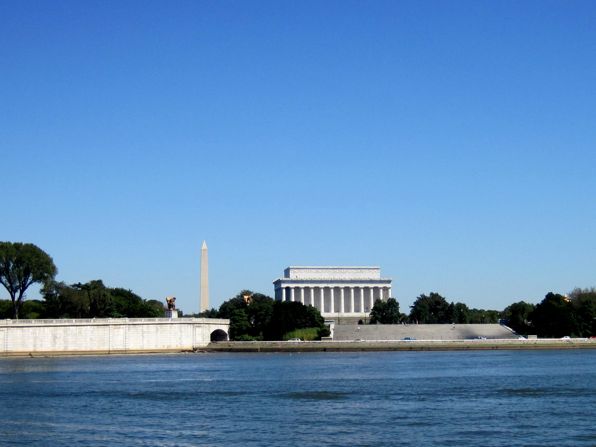 Photo-Op: The Washington Monument and the Lincoln Memorial 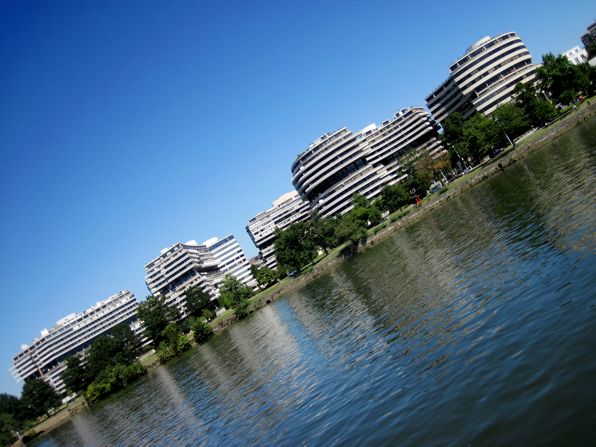 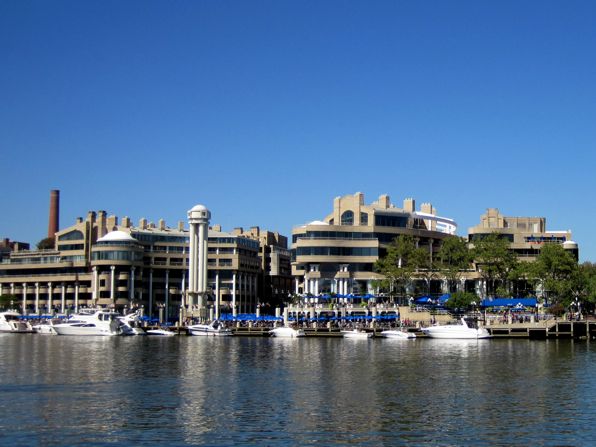 Georgetown, where we are told, the yuppies hang out. 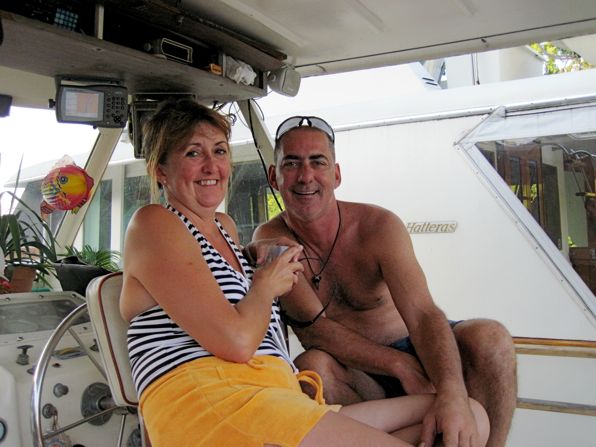 Our hosts, Bill and Laura. 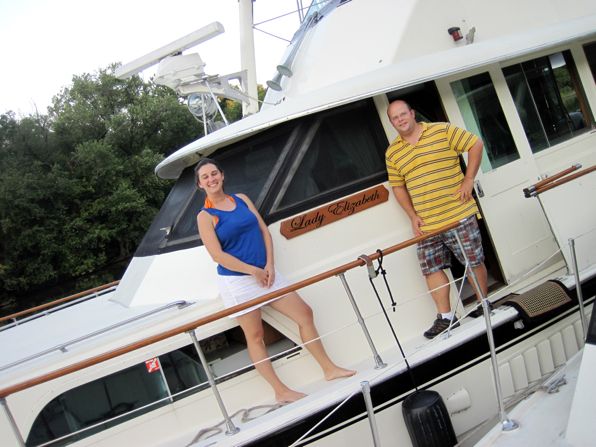 The other Hatteras in our raft up, Lady Elizabeth, with her owners, Ashley and Rich. 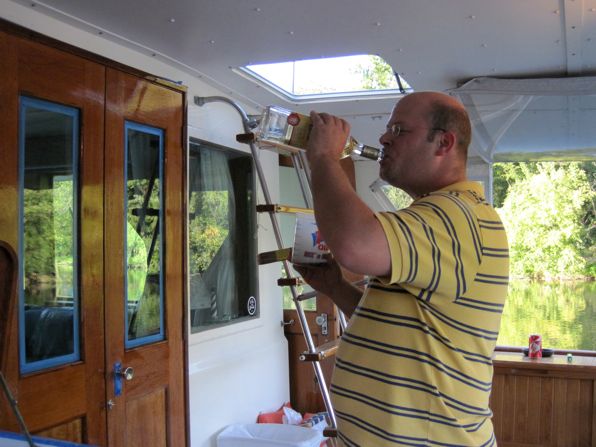 Rich wasn’t content to just sniff the acetone. He had to drink tequila straight from the bottle too! 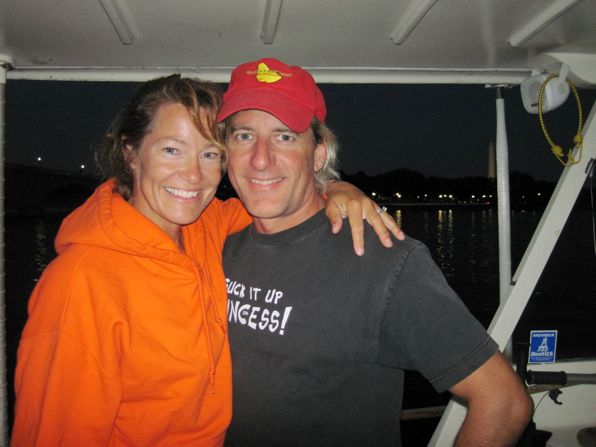 What a handsome couple. 🙂 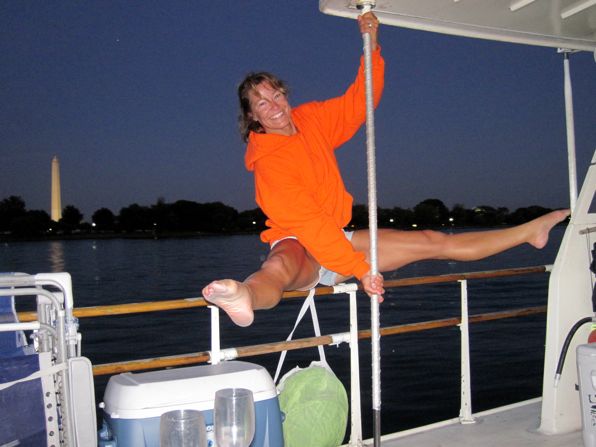 If there’s a pole around… 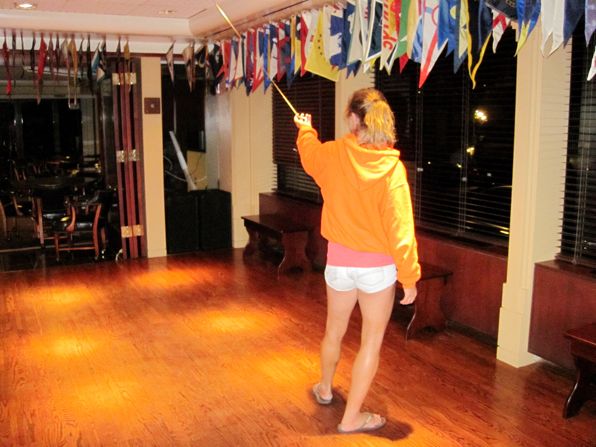 We got smoked at this bar game by a little 9 year old girl! Some little girl’s parents are hanging out in the bar too much! 😉 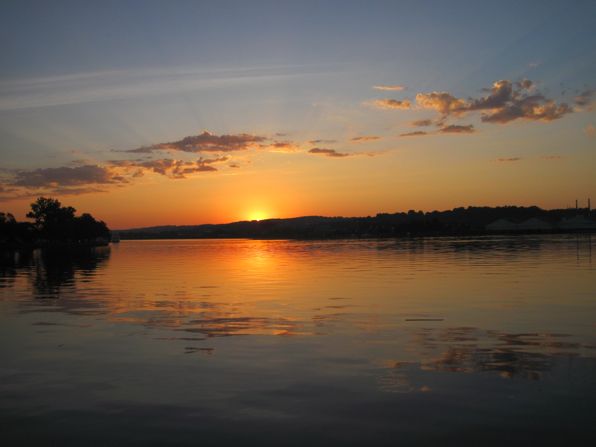 On the way before dawn. Typical.

My blood pressure is already dropping

Our Day Off — Island Style!