For the last four months the lobsters of the Caribbean have been enjoying a vacation, safe and sound, protected by the fishery department’s ban on hunting. I learned the other day that it is permissible to hunt lobster in any month that has the letter R in it, in other words, months other than May, June, July and August. Do you think that the lobsters had any idea that when they woke up yesterday morning, it was September 1st? Notice that there is an R in September. I don’t think so, or at least the ones that ended up on the menus of the local restaurants didn’t.

Having been on our boat for almost 24 hours, and not entertained much beyond watching me tinker with our engines, installing the replacement remote control assemblies that he kindly ferried down for us, our friend Michael was due for a night out. One of the nicest restaurants within dinghy range of Hog Island is Whisper Cove Marina so that is where we headed. 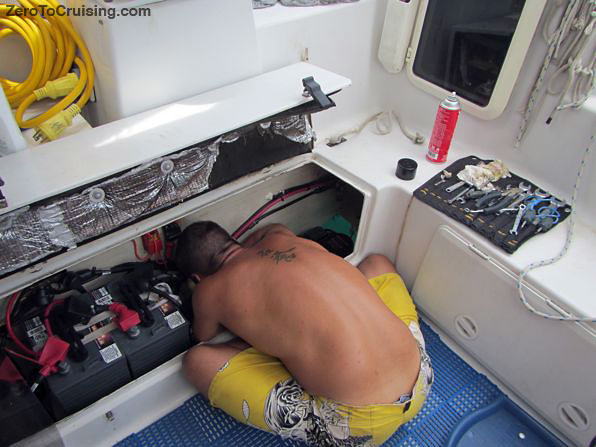 Like the unwitting lobsters which ended up on the menu, we hadn’t actually remembered that it was the start of lobster season. As it turned out, the entire restaurant was pretty much booked up. To accommodate us though, they ended up setting a special table for us out on the patio, which in our opinion, turned out to be the best seat in the house. The view was great, there was a nice breeze, the live sax music was a nice accompaniment to the conversation and the food was outstanding (we each ordered a different Lobster dish). Thanks Michael for treating us to dinner!

In an hour or so we’ll be raising anchor and heading towards St. George’s to provision and stage for swapping boats with the 4600 on Monday. It should be a great week! 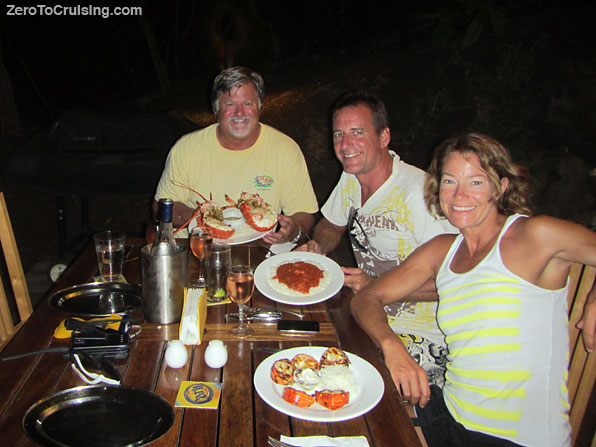