There is a scene in the movie Monty Python and the Holy Grail where the knights, trying to cross a bridge, are quizzed by the bridge’s gatekeeper. The random and sometimes nonsensical questions that they’re asked remind me a lot of our multiple customs and immigration experiences. Since transiting Miami International Airport yesterday, I’ve gained a new appreciation for the island version of this process. To explain why, let me give you a comparison. 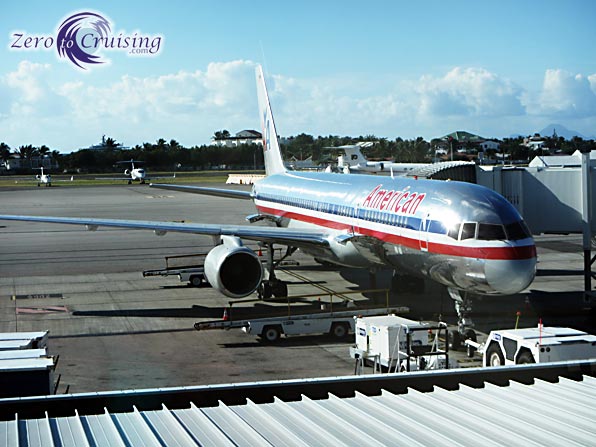 Our chariot awaits us in Sint Maarten.

When we picked up our boarding passes in Sint. Maarten and let the lady at the counter know that we were not checking any bags, she appeared relieved and told us that was a good thing because “Miami is a mess!” Although it was a bit of a mystery to us why she would say such a thing, we were soon to find out why. Rebecca and I arrived in Miami with a mere two hours to make our next connection, not a lot of time where international travel is concerned. The first of the “Monty Python bridges” that we needed to cross was to clear into the United States. When we arrived at the immigration area to do so, we were shocked to find lines that would make the queue at any new ride at Disney World pale by comparison. The “rat maze,” 6 to 7 lines deep, was overflowing! To pass the time, we kept track of how long it took us to transit each row of the maze and at best, each took us 10 minutes to move end to end. There were multiple officers dealing with international immigration but because they were finger printing and photographing virtually everyone who was entering the country, it was a very time-consuming process. All told, we spent over one and a half hours in that line and that was merely the first of the “bridges” that we needed to cross. 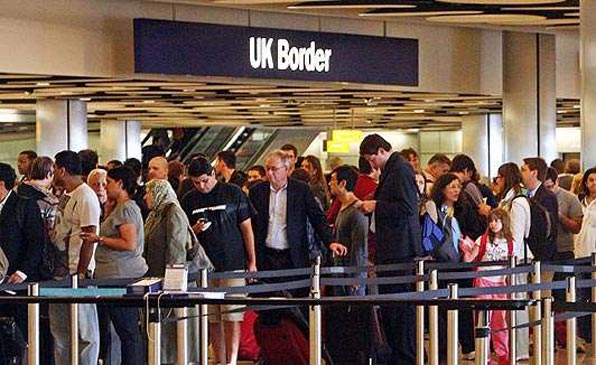 This is not actually my pic but rather one I pulled off the net. We were one of the few people who could apparently read the signs which said not to use cell phone and cameras!

Following that ordeal, we needed to go through a customs line which, although not as long as the ones at immigration, took more time than we had available. Not free and clear yet, we had to once again make our way through a security queue. When I made one of the agents aware that our flight had already been boarding and was due to depart in 10-15 minutes, it was “suggested” that we move to the front of the line. That was not going to guarantee our success though. Because I didn’t remove our laptop from my duffel bag (we were in a hurry!), it was pulled off the track to be manually inspected and sent through a second time. 🙁 While this was going on, I sent Rebecca, who had already passed through security, ahead to the gate to try to stay their departure. When I say that we made it in the knick of time, I am not exaggerating. Yes, we were THE guys.. the people that everyone, already seated on the plane, is forced to wait for. Sorry, fellow travelers.

Note: I think I should begin to market an exercise program aimed at international travelers. Among other things, it will contain hundreds of “duffel bag deadlifts” interspersed with 1/4 mile sprints carrying an equivalent weight. Our ability to run through the terminal is the only reason that we made our second flight at all!

How does the Caribbean version of customs and immigration differ? Well, I just detailed our French experience when we cleared into St. Martin, but they are entirely too civilized when it comes to this so I don’t think it’s fair to use that as an example. Here is what is more typical.

When we arrived in the British Virgin Islands, we opted to clear in at Jost Van Dyke, a popular destination for boaters. After anchoring ZTC, we packed up our travel documents in a waterproof bag and headed to shore in our dinghy. We didn’t have far to travel to complete the clearing-in process as the customs and immigration offices were located less than a hundred feet from the dock, across a street made of sand. The customs officer at the desk we first approached appeared altogether relaxed, if not disinterested. We completed his forms by hand, inputting details about ourselves and our vessel that we now have committed to memory. When he was through with us, he told us that we then needed to visit immigration. In response to our query about where that was located, he merely looked to his right at the desk in the adjoining room where we could see a lady who was busy playing with her smart phone.

We made our way to her desk, which was located only a few paces from where we had just completed the last round of paperwork. She took her time to look up at us but when she did, she asked, in a tone I would again describe as disinterested, “Can I help you?” Surprised by that, we replied “Um, yeah, we were just over there,” knowing that she had been able to hear every word that was said between us and the customs officer. In order to satisfy the immigration requirements, we were told that we needed to each fill out a little form. The catch? Each document was going to cost us 10 cents. Yes, ten cents! When I gave her a dollar, she disapprovingly asked if we didn’t have exact change. When we told her that we did not, she rolled her eyes and told us to bring it back to her later. Apparently she was more interested in getting back to texting her friend than she was in trying to find us change for that dollar. To be honest, if I lived on Jost Van Dyke, I’d probably react the same way!

Like the final knight in the Holy Grail movie, we did ultimately get through the customs and immigration experiences, both at Jost Van Dyke when we visited there and at Miami yesterday. Although the travel process was not a ton of fun, we are extremely stoked to now be here in California with our daughter, her husband and our brand new granddaughter. This is one case where the end is absolutley worth the effort! 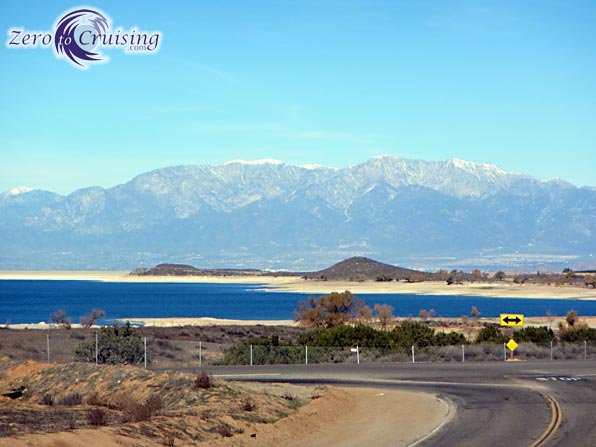 For the record, it is NOT warm in California right now! 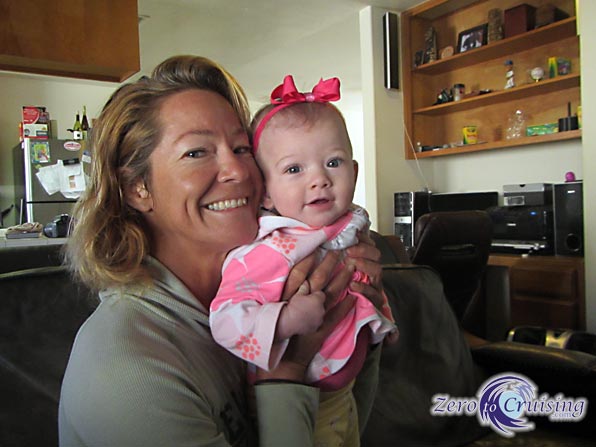 The smiles make the hassle of traveling totally worthwhile!

The four gasses on a boat that can KILL you!