It’s been a week since I’ve posted a big photo montage from one of our shore excursions so I thought I’d share a few today. The shots below are from a hike that we did when we were anchored in Anse D’ Arlets, up the coast a bit from Ste. Anne where our boat lies now. We began the trek on a fairly well-marked trail but strangely, after a short period of time, it seemed to peter out and we were left with the choice of either turning back early or blazing our own trail. You can probably guess which option we selected.

Once we reached the coastline we followed the rocks away from town until we came across some steep rock faces which towered high above an intricate cave at the bottom. We had quite a bit of fun climbing around the boulders, imagining the challenge we could have with some actual climbing gear.

When we tired of that area, we worked our way back along the coast to our starting point although, instead of returning to town via the trail, we decided to try to work our way back by following the shoreline. This decision would turn out to have both some ups and some downs.

The rocks along the rugged shoreline were fun to climb over and around. After an hour or so we were even treated to the discovery of a beautiful little pool of protected clear water, which of course we just had to strip down and cool off in. Shortly following that refreshing break though, after resuming our travels along the coast, we came across some sheer rock faces leaving us apparently with nowhere to walk except in the water. We weren’t quite ready to give up that easily though. After studying the wall for a bit, I was convinced that I could make it the short distance across to a place where I could once again stand. This confidence was soon proven to be unwarranted as I fell (safely) backward into the water when my grip gave out. Rebecca was not dismayed by my failure though and took her own crack at traversing the rocks. As you can see in the pics below though, she too took a bit of a swim at that point. 🙂

Now that we were both fully soaked, we were less concerned about wading through the water as we continued on towards our goal. When we came across a section that looked a bit beyond wading depths though, we had to make another decision: do we continue on along the coast or climb the steep cliffs to our side, attempting once we reached the top, to make our way back to the trail that we started on? Having already experienced the water portion of the trip, we decided to go for the climbing option. This would prove however to be a bad decision. Not only was the section that we were attempting to climb full of loose rocks and dirt, making our hand and footholds none too secure, when we finally did reach a point where the steep climb started to level off, we were faced with the thickest, nastiest brush that we have come across. As we carefully, and extremely slowly, picked our way through the sea of sharp thorns and barbs, losing drops of blood and acquiring numerous scrapes in the process, we would have given anything for a machete. This portion of the trip took far longer than we had anticipated and whatever cooling-off we had gained from our dips in the water was soon lost to dirt and perspiration.

Yes, the trail did finally materialize, in roughly the spot that we had anticipated it would be, and we were able to follow it back to town where we started the day’s trek. Believe me when I say that by the time we made it back to our boat, we couldn’t get a cold beer into our hands fast enough! 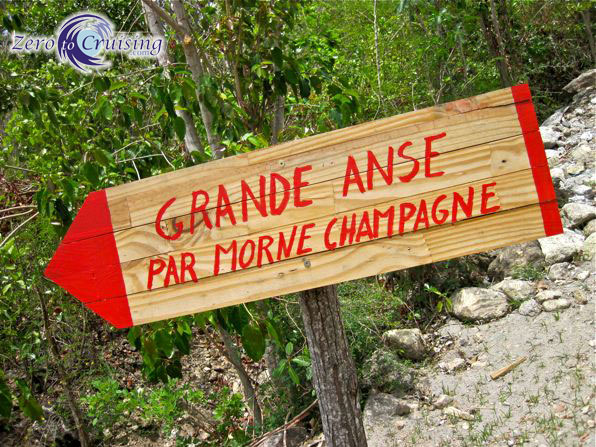 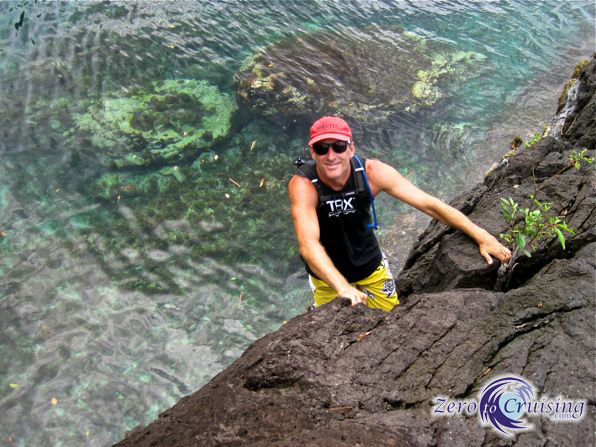 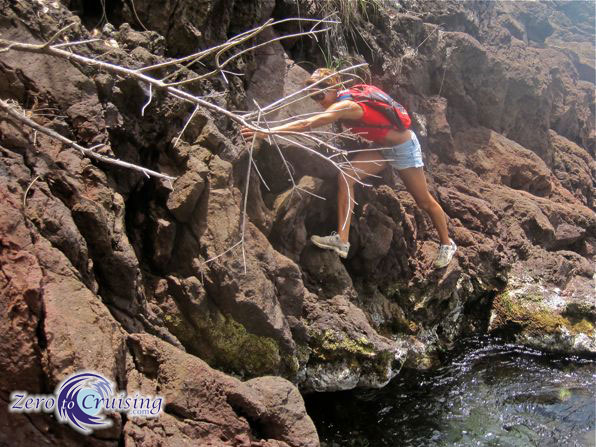 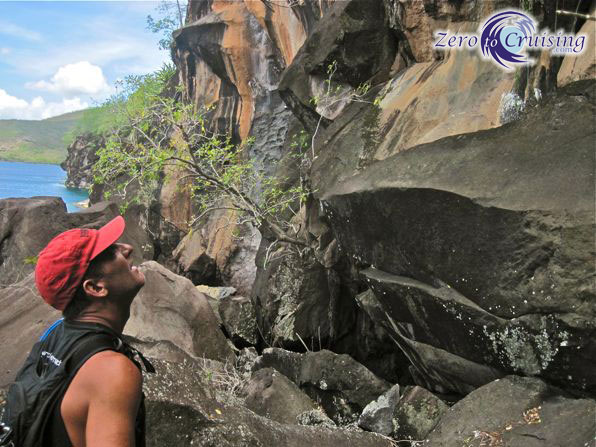 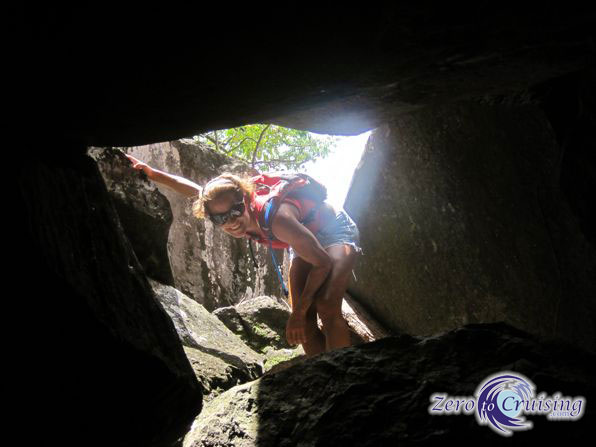 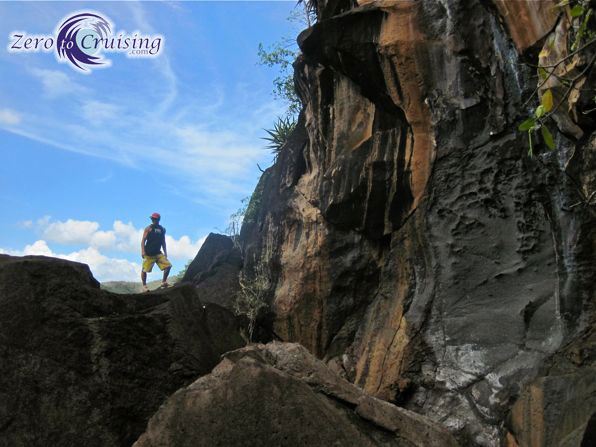 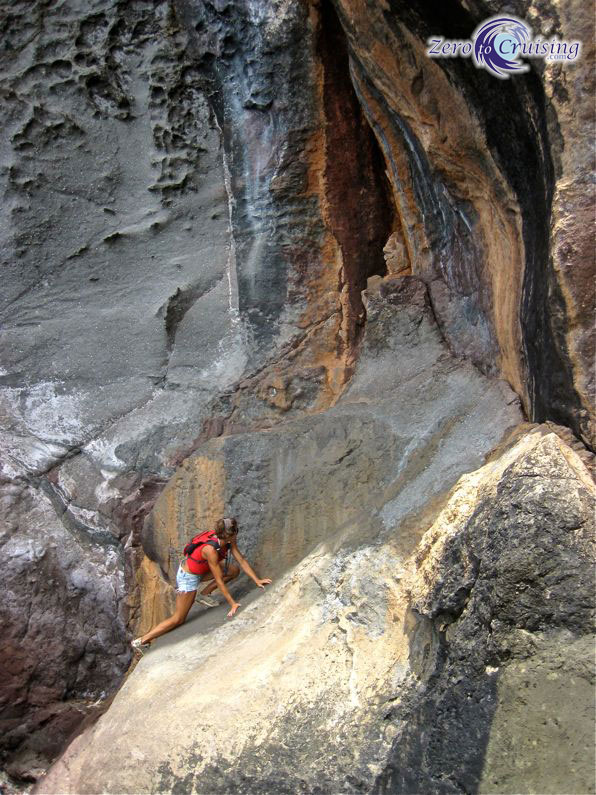 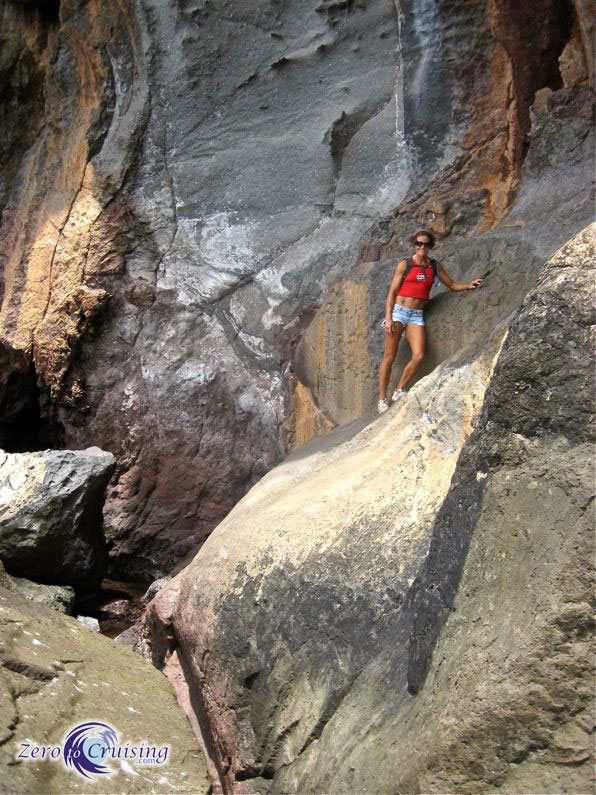 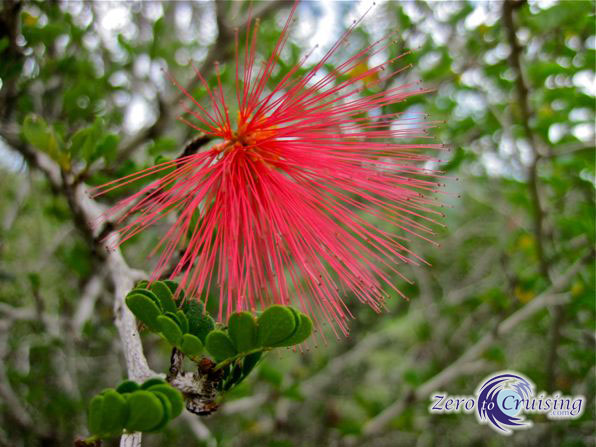 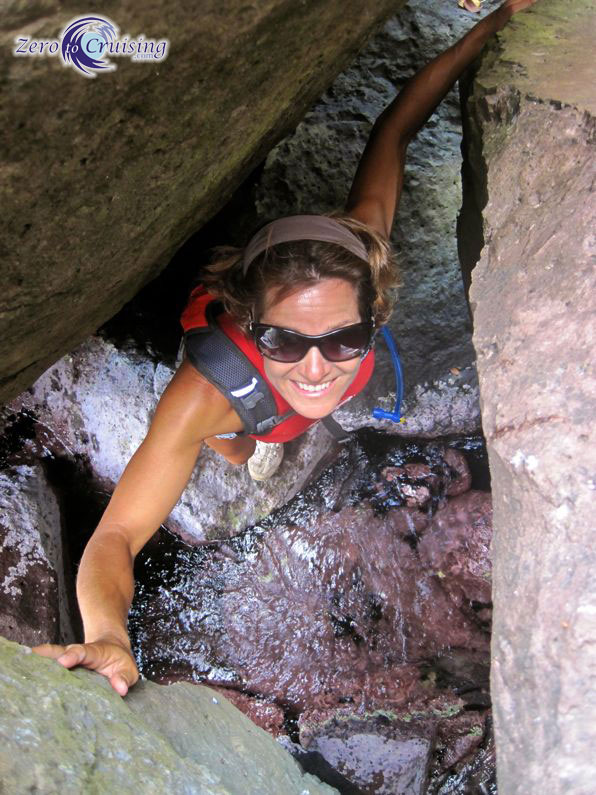 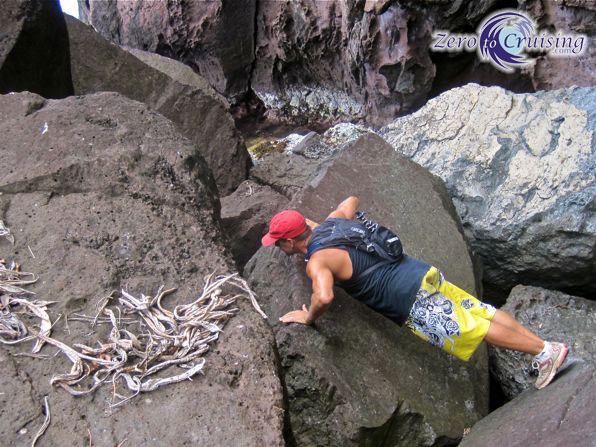 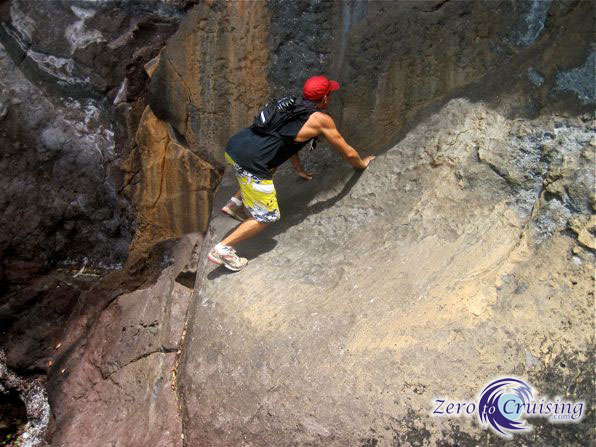 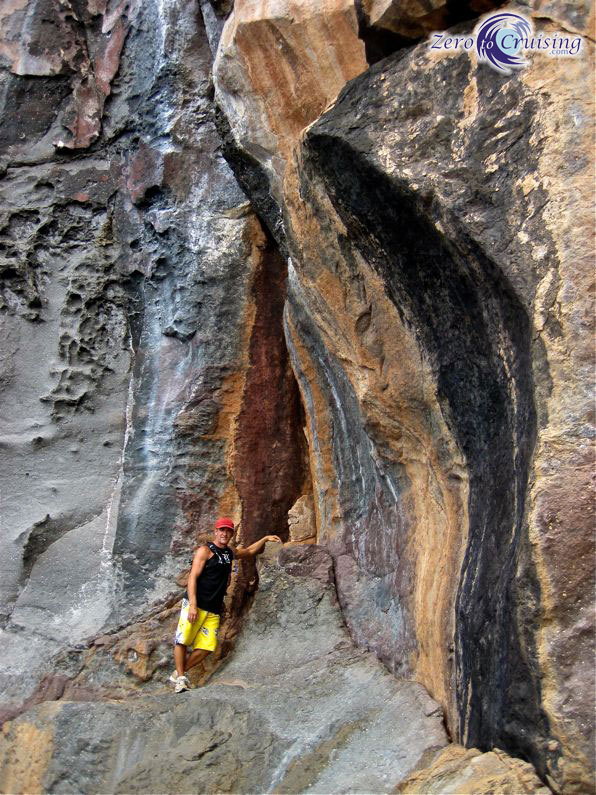 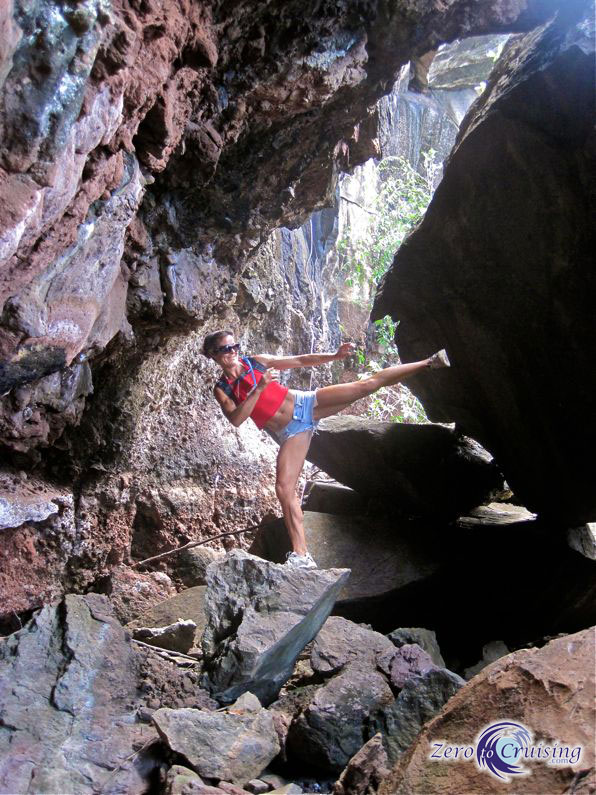 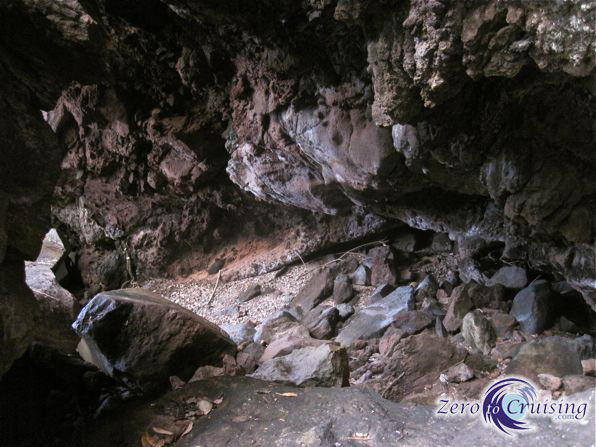 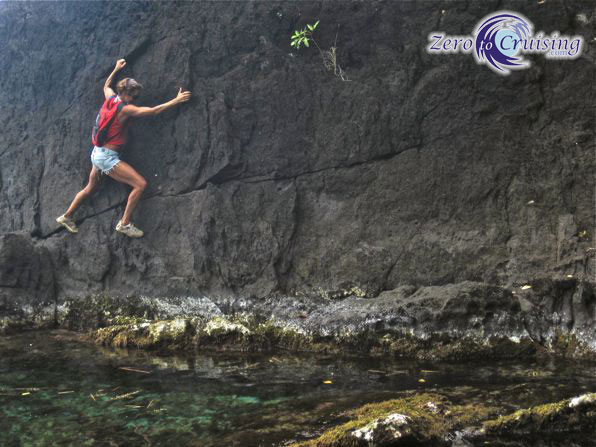 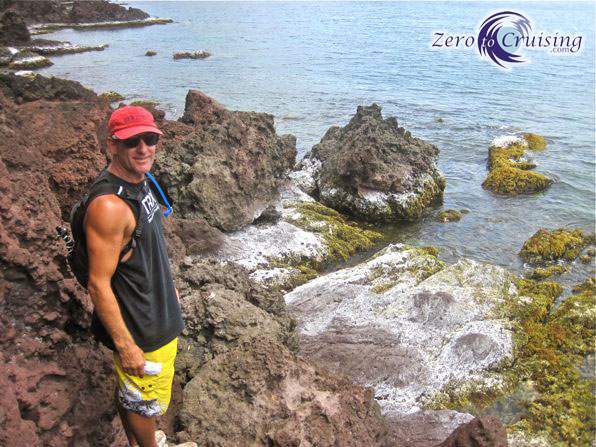 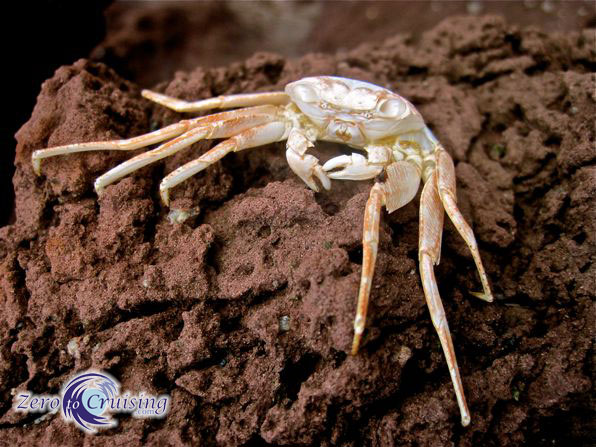 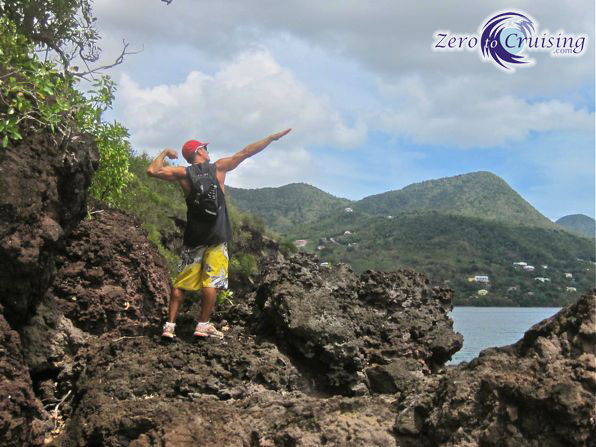 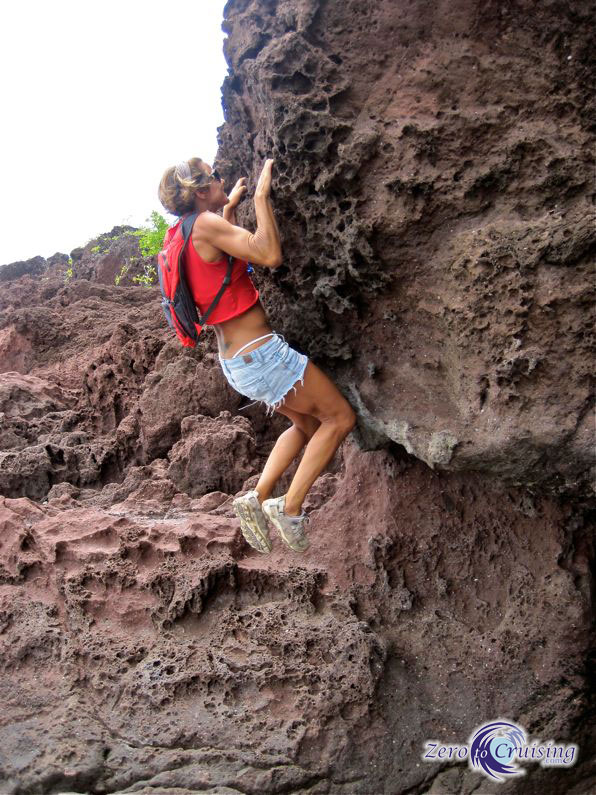 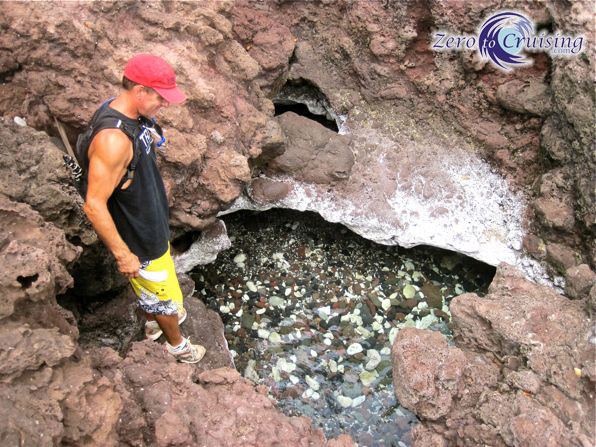 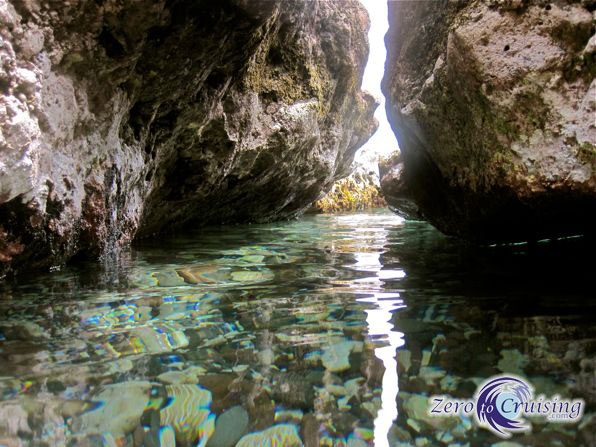 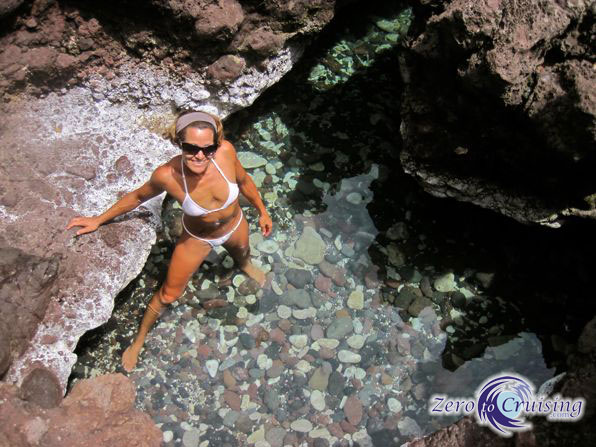 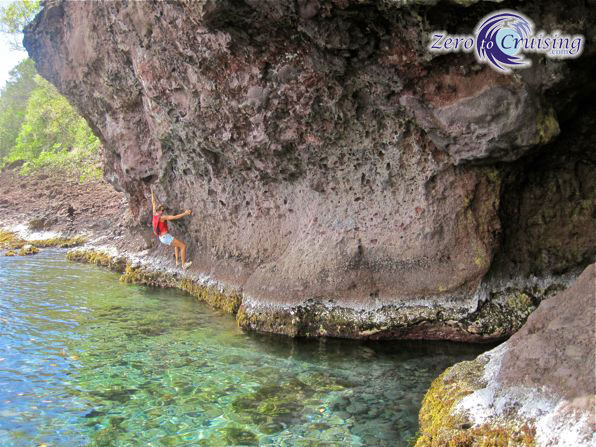 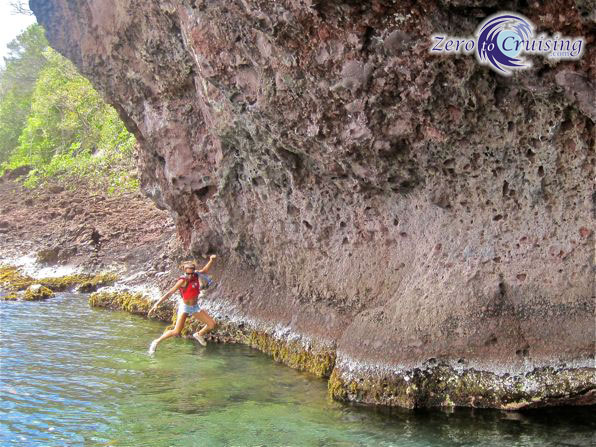 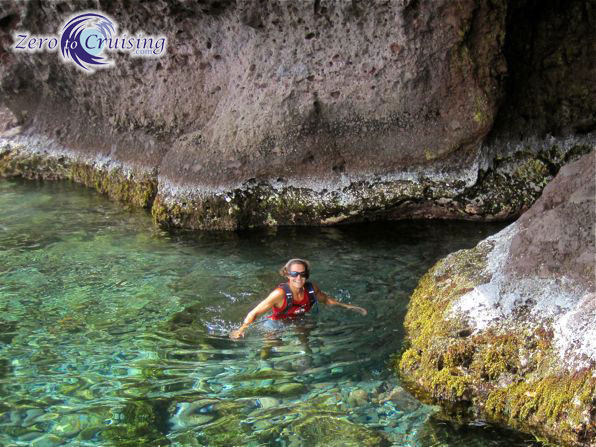 Who cares what time it is!

Gentlemen, we have the technology!

We’re having a baby…