How to best ring in the New Year?

As I imagine many people have, we’ve spent some time the past few days considering our options for New Year’s Eve. While conducting some research, we found that, quite expectedly, many of the restaurants in the area will be hosting special dinners, presumably complete with sparkling beverages to be consumed while counting down to midnight. We also learned that a beach BBQ has been planned for the afternoon of New Year’s Eve day, similar to the one we attended on Christmas Eve day. We’ve also heard that Club Med, the resort not too far off our bow, will likely have a nice fireworks display at midnight. Plenty of choices, and all sound pretty good.

The question remained though, how would we like to spend our last day of 2016, and how best to welcome in the new year? It’s a big question for me because of all the holidays, it’s New Year’s Eve that always leaves me feeling the least satisfied. The parties always seem so anti-climatic, and if too much alcohol is consumed, we end up spending the first day of the year hungover. Not such a good start, IMO.

Looking for something different!

Looking for something different, I proposed the idea to Rebecca that we do something physical for January 1st, and the best option I could think of was to climb Mt. Pelée, once again. Yes, we’ve already climbed the mountain twice this year, but it’s a stellar hike, and one that is both challenging, and rewarding. So, instead of spending money on a trumped-up dinner and booze, we decided to invest in a car rental, and a stay at the nice hotel at the mountain’s base. If all goes according to plan, we’ll have something special to look back on. 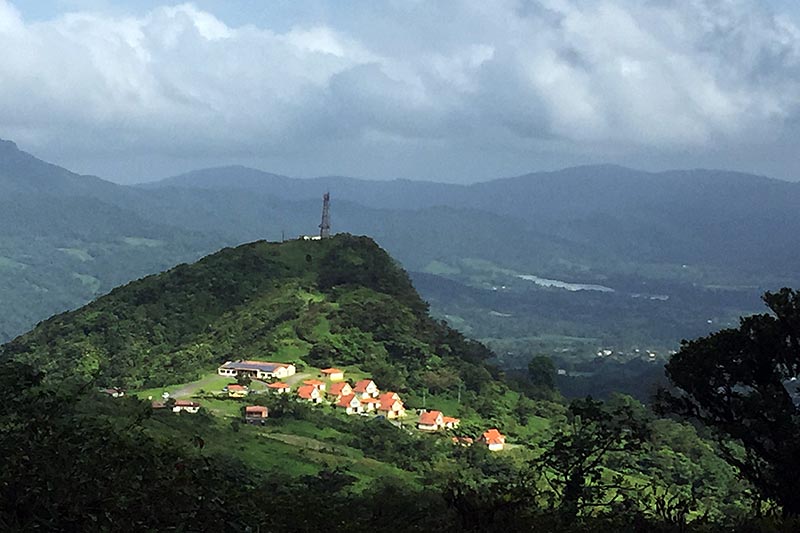 The Auberge de la Montagne, where we’ll be staying

Since we’ll be leaving Frost shortly, and it’s unlikely that we’ll have internet access until we return to the boat late on the 1st, I’d like to wish all of our friends and family the very best for 2017. I’d especially like to wish a Happy New Year to those who will be working tonight, spending their holiday helping others to enjoy a safe and special day. Cheers!

Time to get serious!

A jack of all trades