Notice anything funny about the snatch block on the right hand side of the photo below? It won’t take incredible powers of observation to notice that it’s missing a piece of the snap shackle. A critical piece in fact as it was part of what was keeping the block attached to a cleat via the nice soft shackle that is also pictured. That piece, which snapped off and flew overboard during a gust of wind while we were sailing yesterday, has caused us a bit of grief. 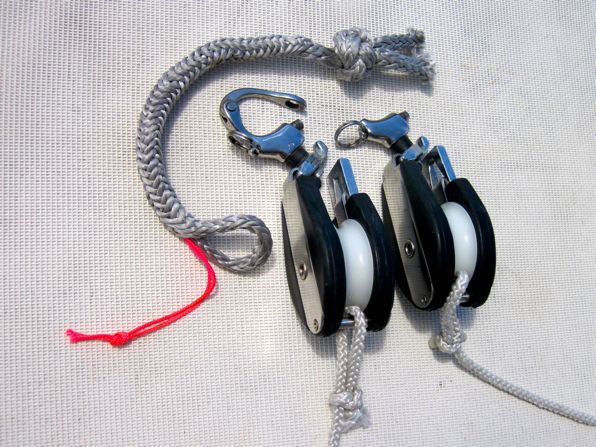 As we made our way from Dehaies to Pigeon Island yesterday, with only our 150% Genoa up to propel us along, we experienced a wind-induced chain reaction that went something like this:

All of the above was accompanied by a loud bang and then the unmistakable sound of a sail flapping in the wind. Fortunately it took us only a few seconds to figure out what had happened, fire up the engines and get the headsail furled in before any more damage occurred.

Although I was able to switch out the block for another one in short order, and redeploy the Genny, the damage to the stanchion led us to decide to call it quits for sailing for the remainder of the hour and a half trip.

The blocks can be replaced so that’s not such a big deal. Even the stanchion can be replaced. Sadly that can’t be done without redoing the lifelines though, which is a PITA and costly. Oh well, it’s only time and money, right?

In the meantime, we have swapped the Genoa for our smaller self-tacking jib which does not have sheets running to the stern as the larger headsail does. One further comment on this incident: I’m glad that it was not the soft shackle that broke, causing the damage. No, the Amsteel shackle, which I spliced myself, held solid during the gust and it was the metal on the snatch block that broke instead. Quite a testament to the strength of the Amsteel! 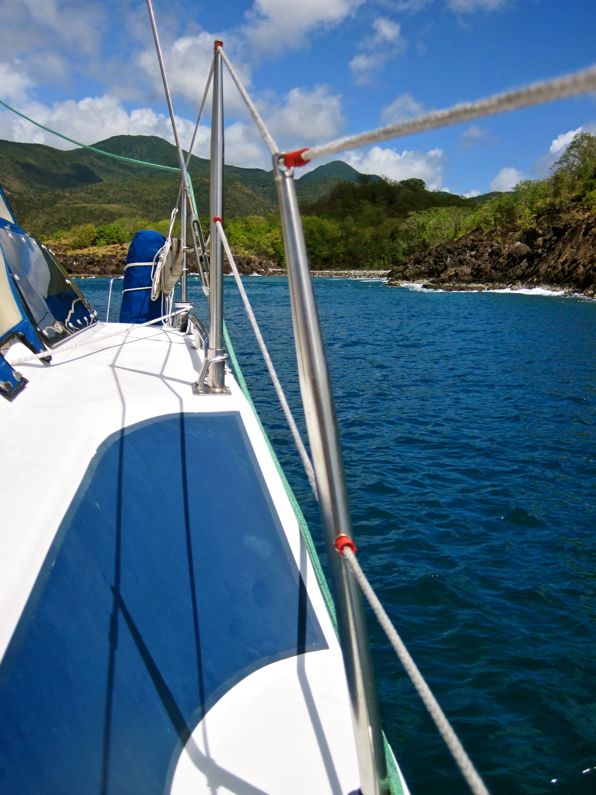 That doesn’t look good, does it?

Alright, we give up… we’ll stay.

The dreaded override – how to get out of a jam!