Bad to the bone!

Have you ever noticed how you don’t find negative product reviews in the popular magazines? For some peculiar reason, things like that don’t seem to go over very well with advertisers. Fortunately for those readers looking for honest reviews (but not so nice for our cruising kitty), we have no such big list of advertisers. So, with no further ado, what you’ve all be waiting for (no, not the bikini shot), the list of things we DON’T like!

Although this seemed like a good idea at the time, take note that we purchased and installed these before we had really done much sailing. As it turns out, the metal containers rusted in short order (we weren’t even in the salty Caribbean air yet) and the magnets would not hold them secure in any kind of wave action. Oh well. Nice, but not for boats.

This is one of those controversial subjects. Composting heads certainly have their proponents but we are definitely not among them. I have written a great deal on this subject so use the search feature if you like. For us, this was just a big thousand dollar mistake.

This item cost much less than the composting toilet and it’s a good thing too because it broke shortly after we purchased it. Those living nearby a West Marine could have just returned it. We had no such opportunity.

Do not buy one of these to go cruising. In fact, I wouldn’t buy one, EVER! The floor boards of our brand new dinghy promptly rotted away in the fresh water and the oar lock broke at a very inopportune time. Just don’t.

A good idea that required more R&D. Do not copy this design.

This just stopped working after less than 6 months of use. Additionally, the only method for charging the radio is via the drop-in cradle which frequently wouldn’t work. A very bad design in my opinion. Once again, if you live by a West Marine and can return it, no problem. There are no West Marine stores down here though.

Oooo… I really don’t like this POS. This less-than-6-month-old hard drive, which contained all of our movie files, just stopped working. Not only will the drive not mount, I can’t even erase/reformat it. It is now a stupid paperweight. Do not buy one of these. Period! 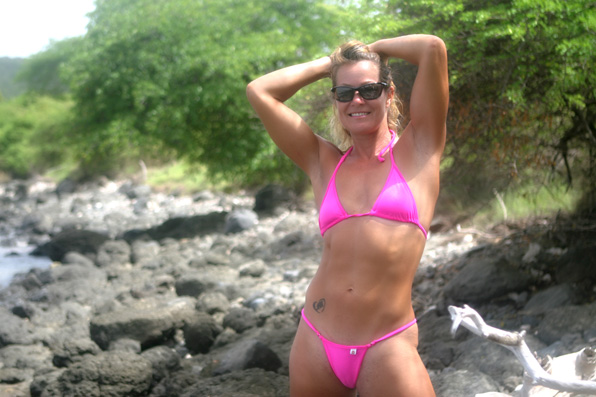