As seen on TV

Although still landlocked we are trying to at least think about some the changes in lifestyle that will be needed for us to be live-aboard cruisers. One thing that we know will be different is the management of resources such as water and fuel, including that used for cooking. Many cruisers seem to be big on the usage of pressure cookers for preparing meals. We don’t have any experience with this but it appears as if they allow you to cook much faster thus conserving propane (what most people use to cook with I think).

One thing we have been experimenting with though in the last week or so (since moving) is a simple device called the Pasta Express. Many of you have no doubt seen this advertised on informercials on TV. We actually picked this thing up in the “As Seen On TV” store a few years ago. Sadly it sat untested in the back of our cupboard until just last week when we decided to bust it out and give it a trial run. The verdict? With a little experimentation on cooking times the thing actually works pretty good. I think I would give this two thumbs up for the boat life! 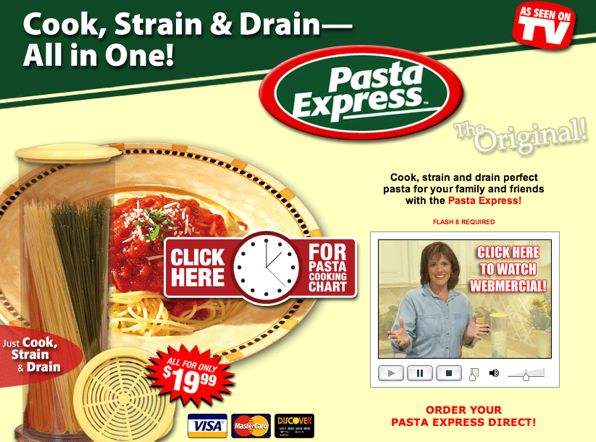 One benefit to living on land…