Are we destined to row?

It appears as if we may be destined to row our dinghy. With the sky darkening in the late afternoon yesterday, our brand new outboard engine died on us on our way back to ZTC from an afternoon at Volleyball Beach (yes, we got to play yesterday, and we made some new friends while doing so). Fortunately, the engine issue was easily diagnosed. Our troubles are caused by the tiny O-ring which seals the connection in the clip between the fuel hose and the outboard itself. The O-ring, in the brand new fuel hose, has developed a split in it, allowing fuel to leak out and air to get in. Not good. By the way, my friend Bill on Knot Tied Down told us that we should carry a spare one of those clips. As usual, he was right! 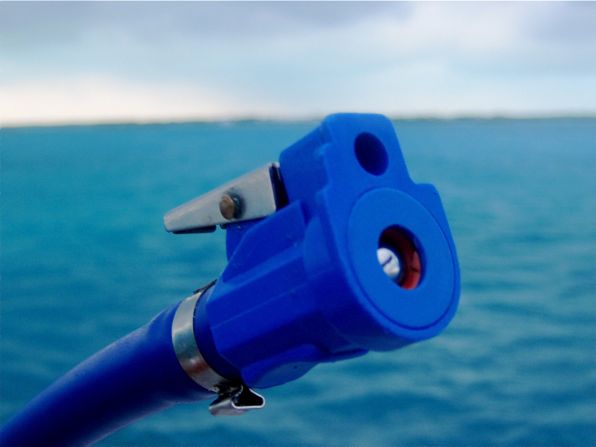 Can you see the split in the red O-ring?

While paddling our way back to the boat (we have found it easier to paddle it like a canoe rather than to try to row it), we were intercepted by a fellow boater, Chuck, who gave us a tow. Thanks Chuck. After getting ourselves sorted when back on ZTC, I jumped on the radio to inquire about where I could buy one of those clips in Georgetown and immediately received two responses, one from our friend Mike on R-Sea-Cat. Yamaha engines are pretty popular around here and if something’s going to break, Georgetown is a great place to have it happen as they have stores where you can actually buy things! We’re just happy that the engine didn’t crap out on us on our way into town earlier in the day.

As mentioned before, we had a couple of big items on our to-do list. We managed to find the immigration office to get our cruising permit extended. For anyone following in our footsteps, it is upstairs in the Royal Bank building, near the Office of Tourism, at the end of the hall. After filling out a bit of paperwork, we were given an extra 120 days to explore the beautiful Bahamas. Why couldn’t they just give us that much time in the first place? While in the office we met a couple who just bought a house in the Bahamas and they too, were only given 30 days when they checked in. Ouch! They received their extension too but that’s pretty scary. If we had problems, we could just leave the country. That would be a little harder to do in a house as compared to a boat.

Our second to-do item, acquiring some groceries, was also ticked off the list. We found that Exuma Markets, just inside Lake Victoria, was well stocked, even when compared to a small grocery store back home. They have a nice dinghy dock just behind their store, offer free RO water on their dock (you can fill up your jerry cans) and even have free Wi-Fi available, as evidenced by the number of people sitting around the outside of the store with their laptops open. As expected though, the prices were higher. We find it funny that some items are only marginally higher priced than they would be in the US or Canada while other things are crazy! FYI, here are a few of the prices of items we did purchase, in no particular order:

We need to catch some more fish! 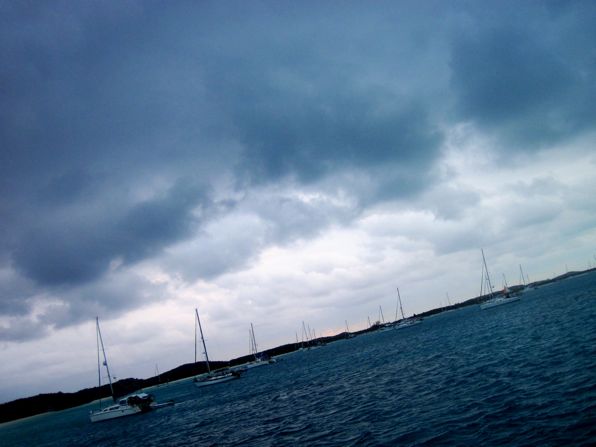 As the world turns

We miss our water bed