An extra set of eyes

Not that long ago, as our friend Chris was getting ready to give a boat briefing to some Moorings‘ clients, the two of us spent some time looking around a big new Leopard power cat. One of the features that the boat came with was a camera that displayed an image on a screen at the fly bridge, in theory positioned in such a way as to give the helmsman a view of what was behind the boat when it was being reversed (during docking presumably). I say in theory because the camera wasn’t actually adjusted all that well, and all we could really see was the tender in the davits. Nice thought, but the implementation just needed a bit of tweaking.

Coincidentally, one of the local buses that we recently took to go hiking had a similar backup camera installed. This technology is obviously in use by many of the newer cars, so why not on boats?

The other day, while out sailing, our guest Michael was playing around with his new GoPro

. He had mounted the camera on the port rail, and by using the associated iPhone app, was able to view the footage from the camera on his phone from the safety of the cockpit. Cool stuff.

All this got me thinking. Using this technology, if you wanted an extra set of eyes on the stern, why not mount your GoPro on the rear rail and tether it to a phone or tablet at the helm? Everyone has a GoPro and a smart phone these days, don’t they? 😉 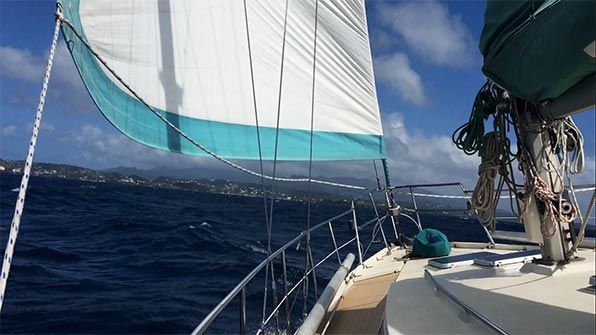 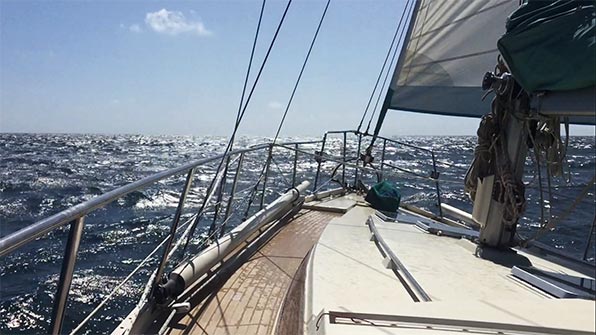 A different kind of Ham