While we’ve hiked from Grand Etang’s Mt. Qua Qua to Concord Falls a number of times, it’s always a fun adventure for us. It’s especially enjoyable to share the trip with new friends, as we had the opportunity to do yesterday. We met Olga, a veterinarian visiting the island, at last Saturday’s hash. When she asked about hiking with us, we were more than happy to share with her what has become one of our favorite island excursions.

Two unique things happened on yesterday’s hike. First, we had read a report that part of the trail had been washed away in a mud slide. The person who posted that info noted that the mudslide occurred near the end of the trail, and that when faced with it, they ended up turning around and hiking back to the trailhead. With no more info than that, I was pretty sure that we would be able to find a way around the blockage, so we set off on the hike anyway. What we came to find was that, unfortunately, the mudslide occurred at what was already the most dangerous part of the hike! If we didn’t already know where the trail was leading, we would have been stumped at the impasse. After surveying the area for a bit though, we managed to squeeze through some loose brush, and then traverse across the area of rubble, ultimately making our way down to the river. It was pretty sketchy!

The second unique part of the hike was that we finally found the third waterfall in that area. We had heard that there was a waterfall that we had yet to see, and as we still had plenty of time and energy after visiting Upper Concord Falls, we decided to explore a bit and look for it. We were all very happy that we made the effort. The new waterfall was much larger than we had expected, and the hike to it took us through some very nice agricultural areas. 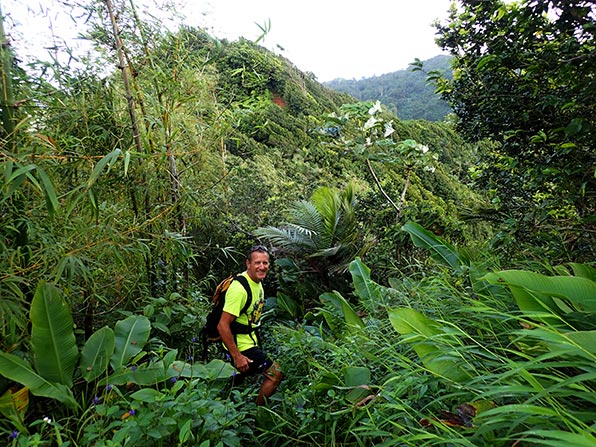 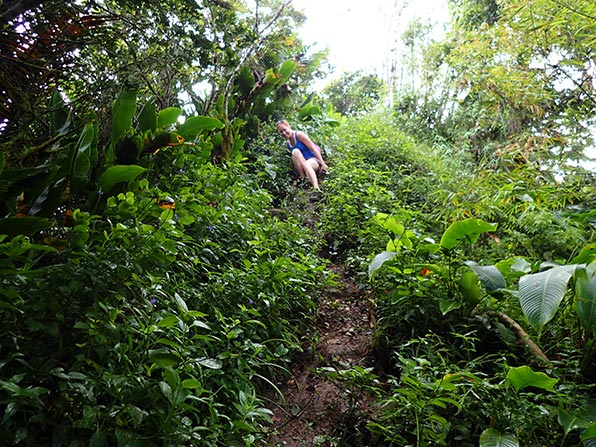 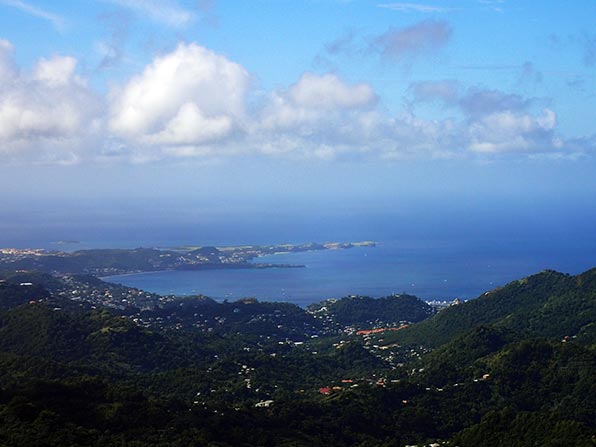 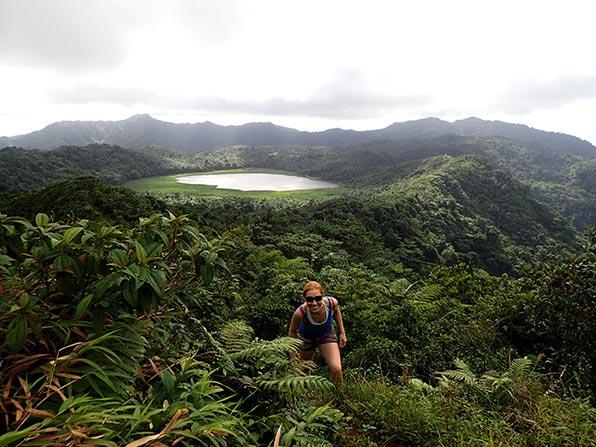 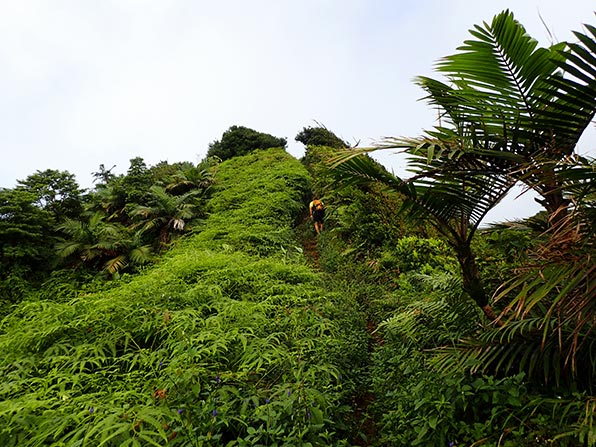 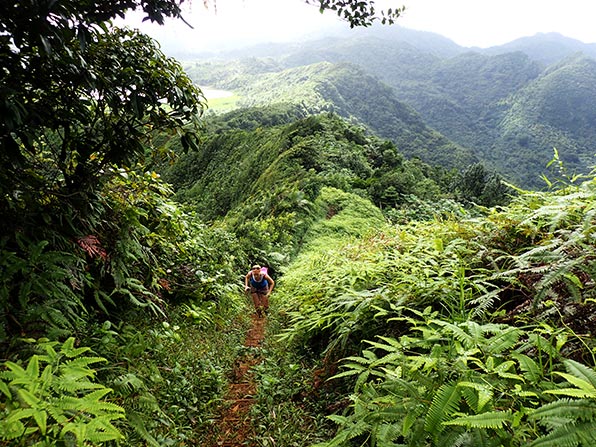 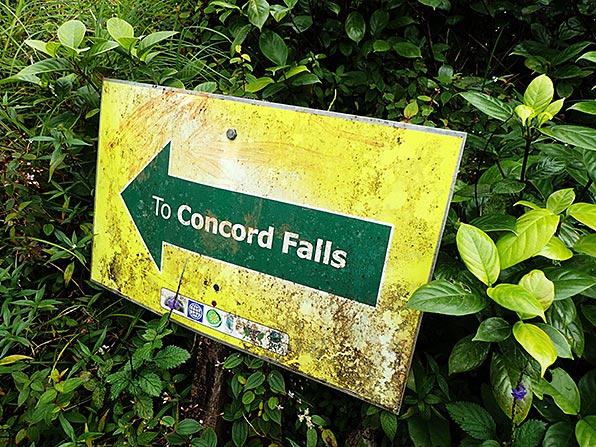 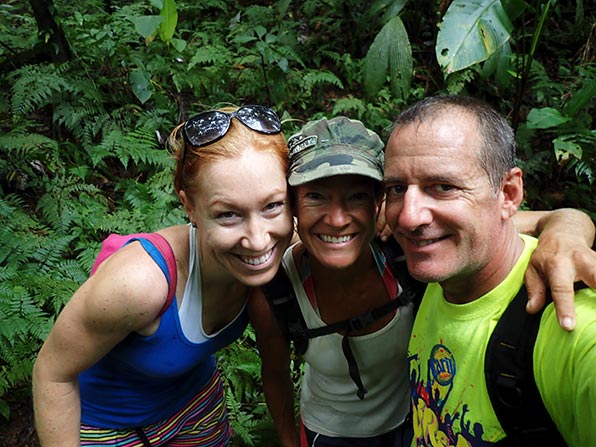 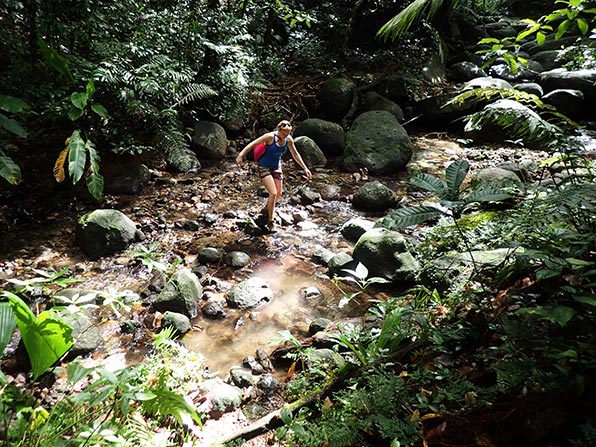 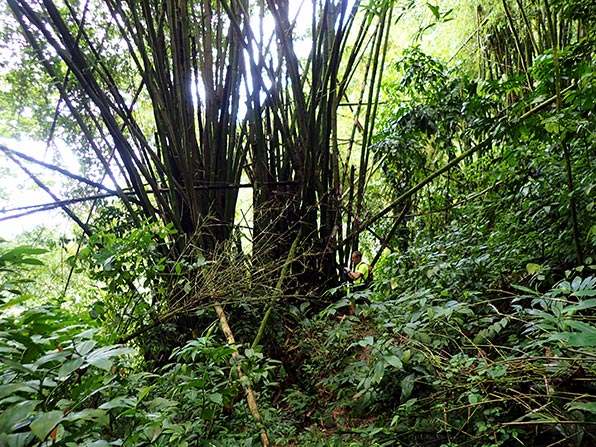 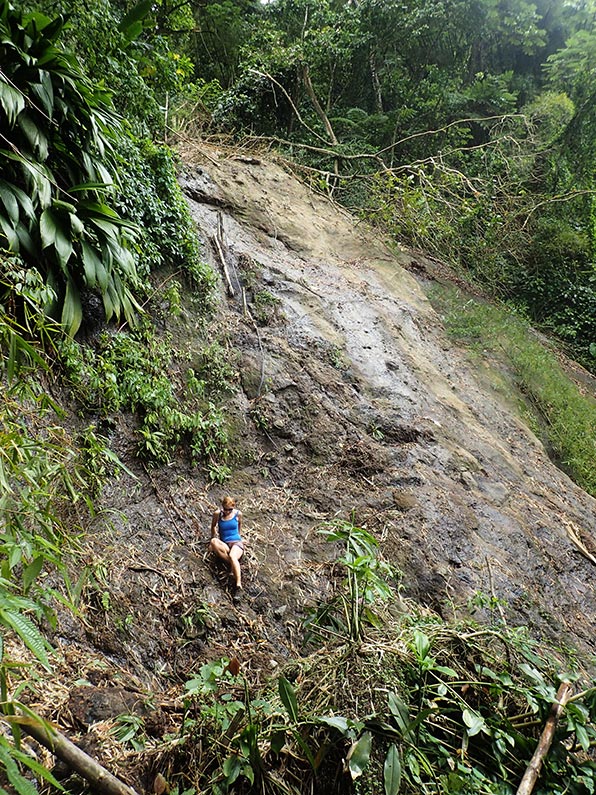 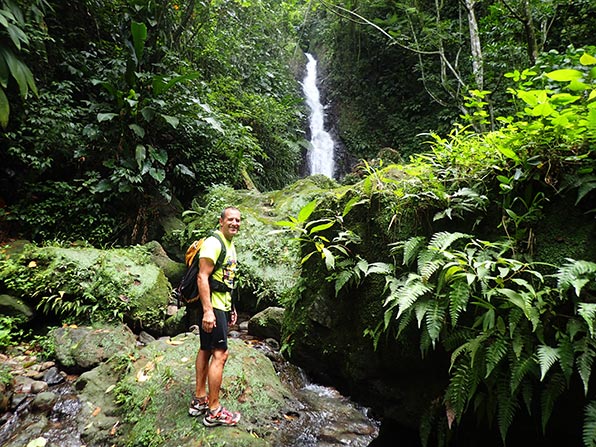 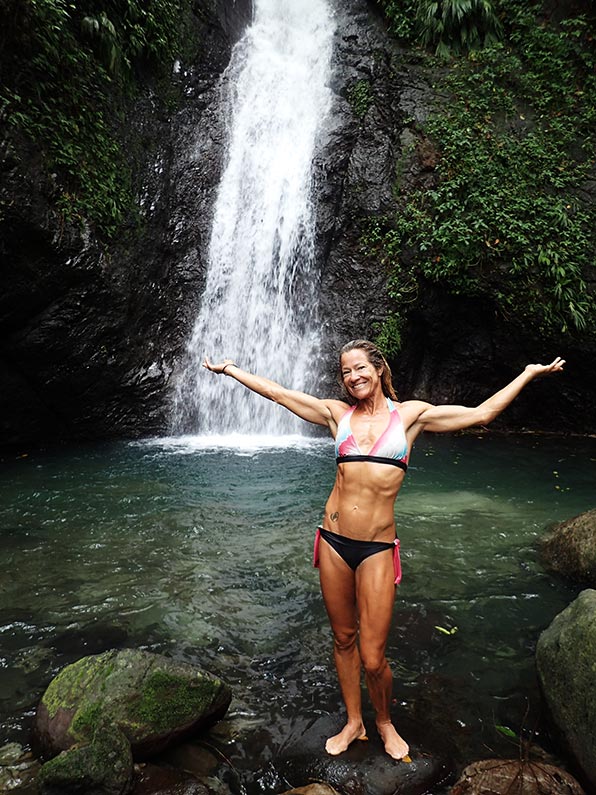 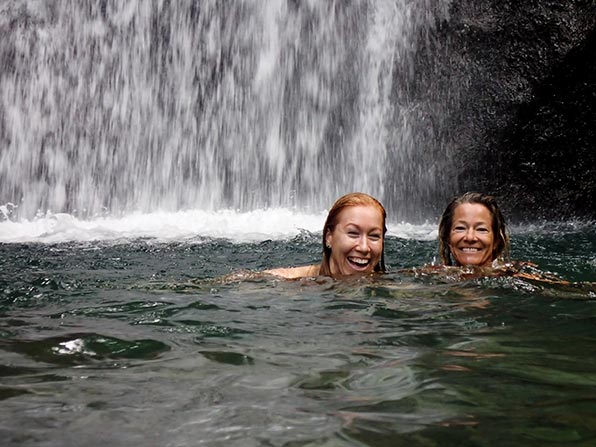 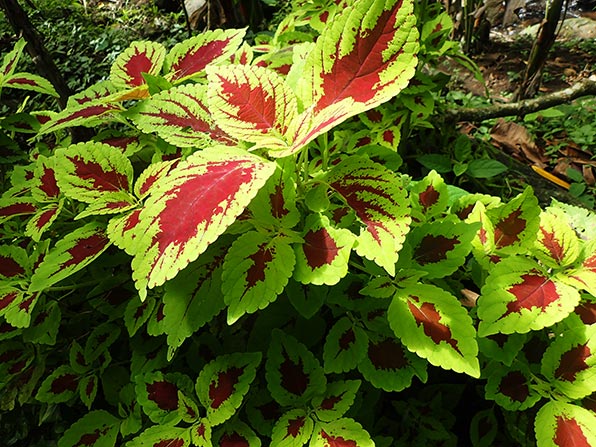 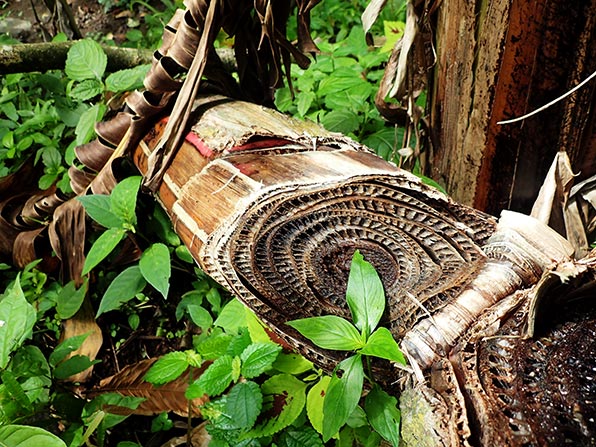 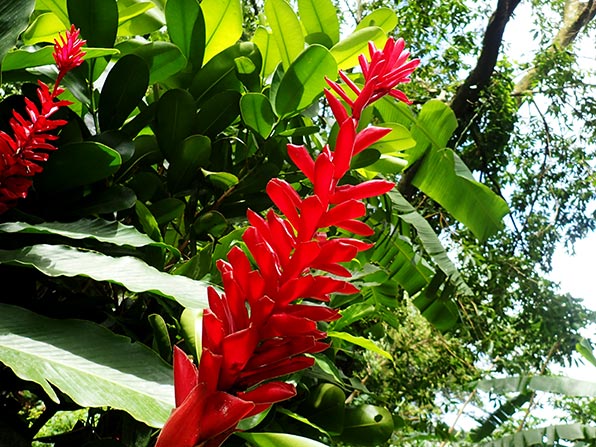 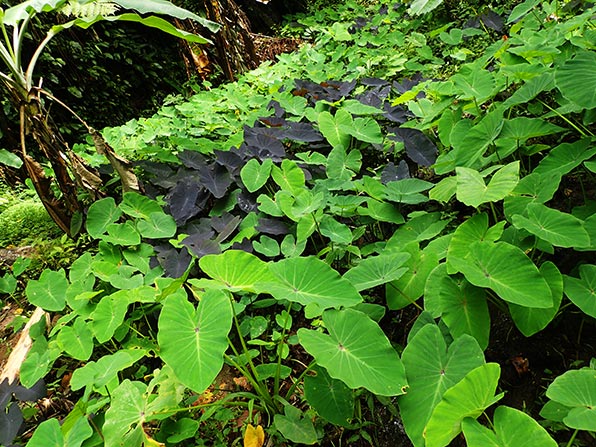 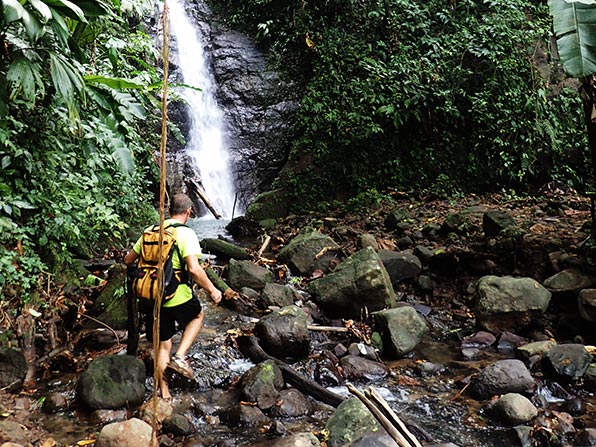 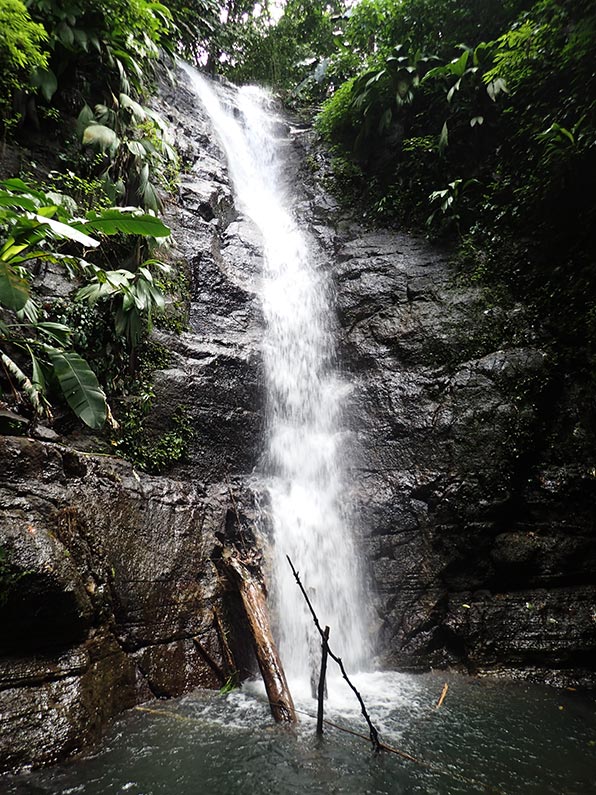 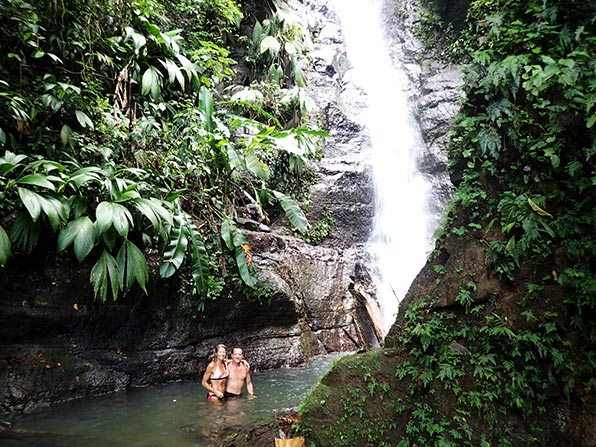 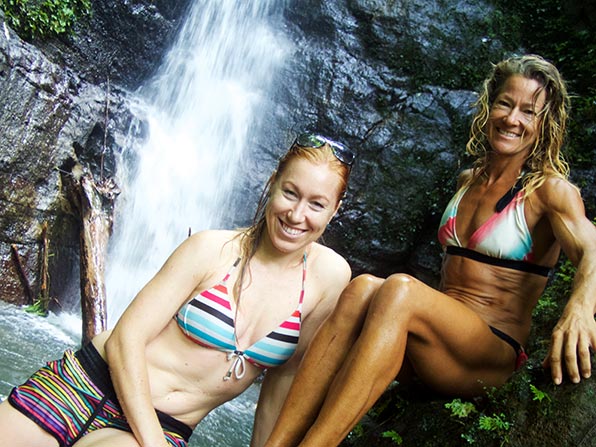 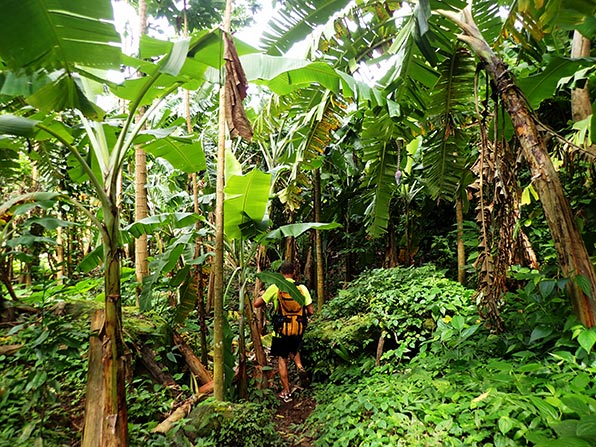 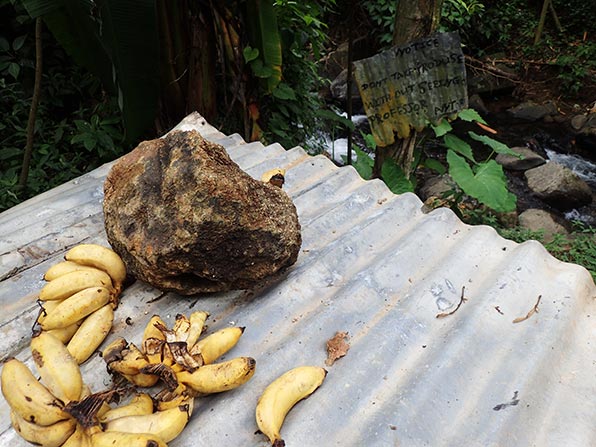 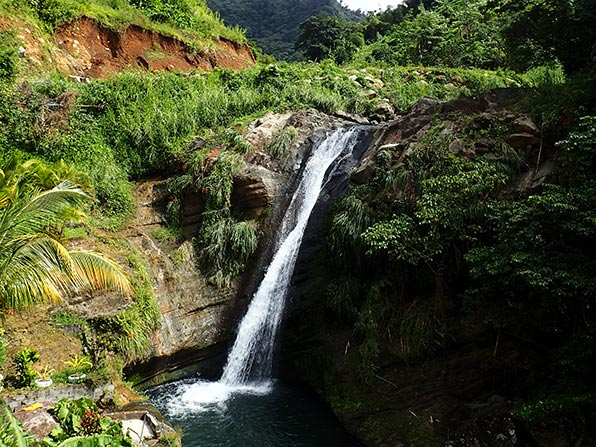 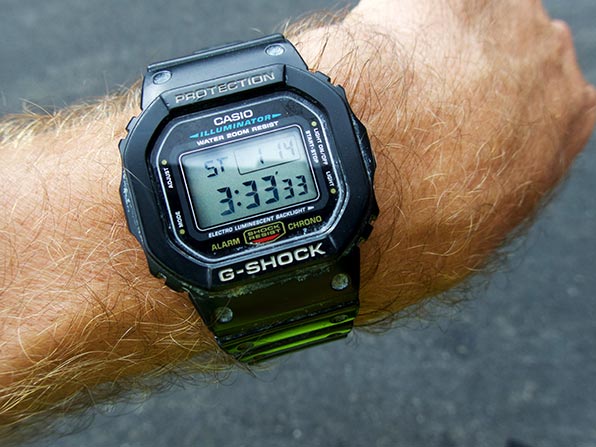 Beginning to end, with time for a swim and a bit of trail blazing.

No me gusta la cucaracha