A welcomed break from the mess

If there’s one thing that is worse than living on a boat in a boatyard, it’s living on a boat that is torn apart in a boatyard. Since we arrived back from the Galapagos about 10 days ago, that’s pretty much what we’ve been dealing with, trying to fix, among other things, our fresh water issues. When we received a message from our friend Pip asking if we’d be interested in an on-the-water break from the boatyard yesterday, it took no more than a second for me to reply in the affirmative. 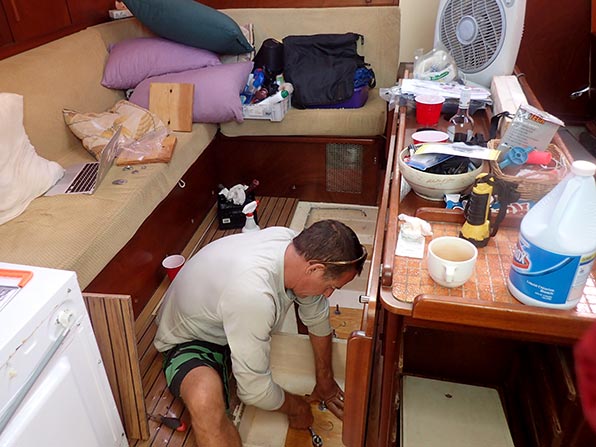 I hate living in the boat when it’s torn apart!

Sunday was race day at TTSA, and Rebecca and I were invited to accompany our friend Harry on the boat Sea Wyf. Neither one of us have any real racing experience, but I like to think that we’re quick learners, and follow directions well. In other words, we can be good crew.

Even though the sky was overcast, with dark rain clouds threatening squally weather, we had very light winds for the entire race. In fact, with only 100m to go to the finish line, with several boats in the fleet bearing down on us, we were virtually becalmed! As you might imagine, it made for a nerve-wracking end to the race.

How did we fare at the end of the day? I am happy to report that Sea Wyf was the first boat around every mark that day (a first, we were told), second boat across the finish line, and came in third in her class. We thoroughly enjoyed the day. Big thanks to Harry for bringing us along, and to Enrique and Natalie for having us about their boat. We really appreciated the break! 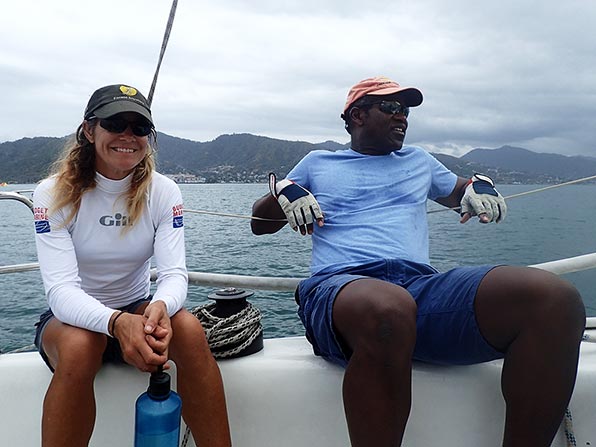 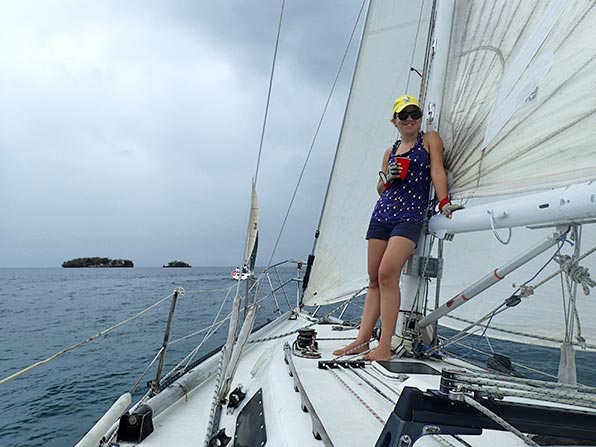 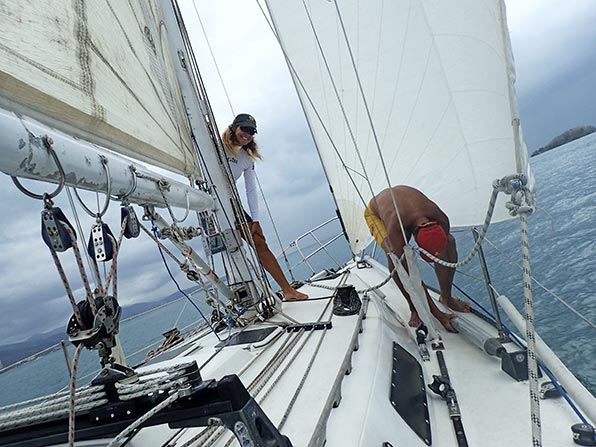 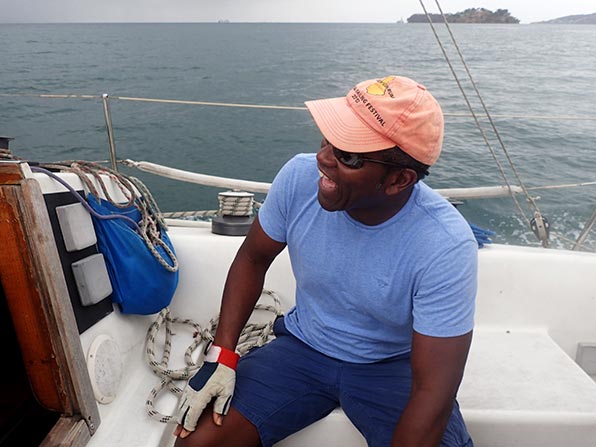 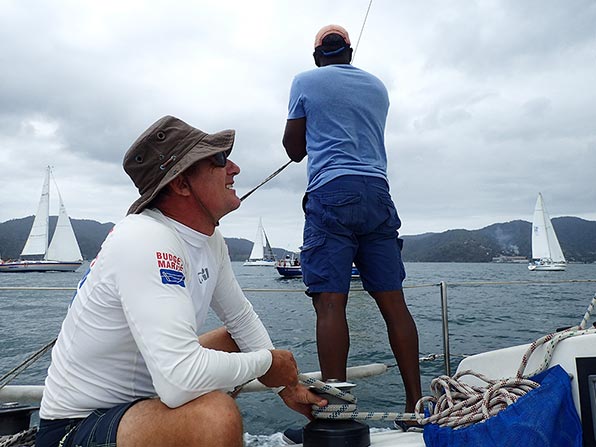 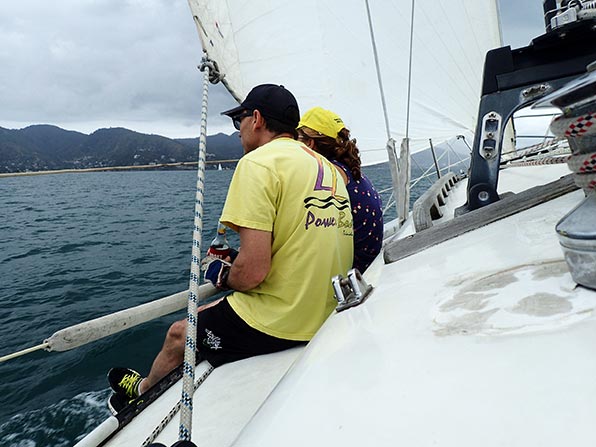 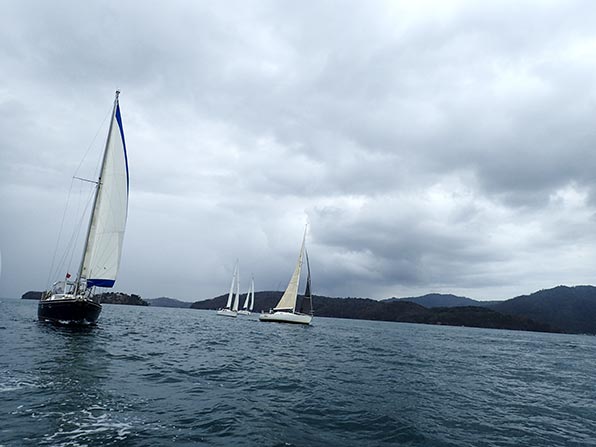 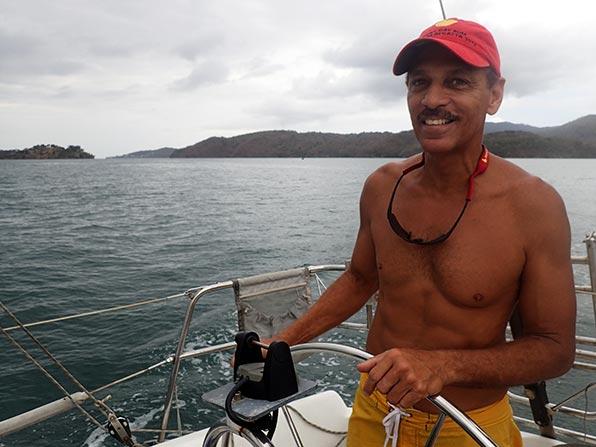 Anchorages – islands either have ’em or they don’t

While not typical, this time we actually went looking for grass

One of those days