A little over nine years ago Rebecca and I had our honeymoon in Rio de Janeiro, Brazil. We stayed in Copacabana, not far from the beach, and in that neighborhood, it seemed as if every other shop was selling fresh juices. As the menus in these places were virtually all written in Portuguese, and many of the fruits they were serving we had no exposure to in Canada, our orders were frequently placed with a bit of guesswork. In spite of this, we did come to figure out a favorite: Graviola, mixed with water. We had no idea what the fruit looked like, nor had we ever found it again after leaving Brazil, but we remembered its refreshing qualities with fondness. 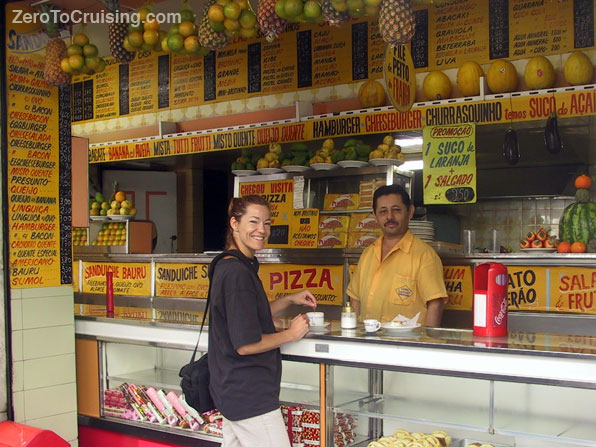 July 2003. If you look closely you can see Graviola on one of the top menus.

Just the other day, as we were shopping in the supermarket here looking for some nonalcoholic alternate to plain water, we were extremely surprised to see a package of powdered drink crystals for Graviola. Surprised because this is the first time since our trip to Brazil that we’ve come across anything like this but even more so because the packaging listed a second name for the fruit drink: Soursop. Soursop is a fruit that we’ve heard of as it is grown here on the island of Grenada. Although we haven’t yet purchased any, now knowing what it tastes like, we’ll be keeping our eyes open for it. 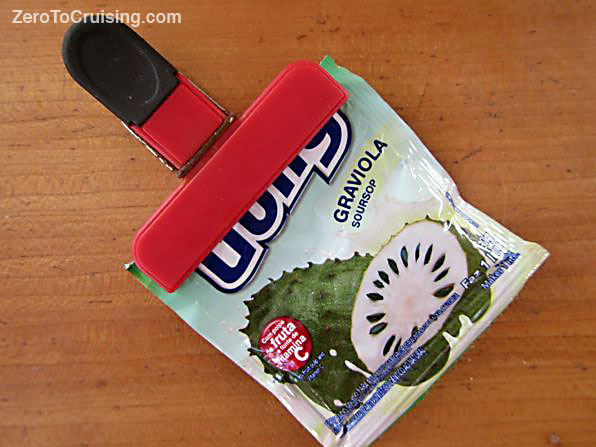 Its flavor has been described as a combination of strawberry and pineapple with sour citrus flavor notes contrasting with an underlying creamy flavor reminiscent of coconut or banana. 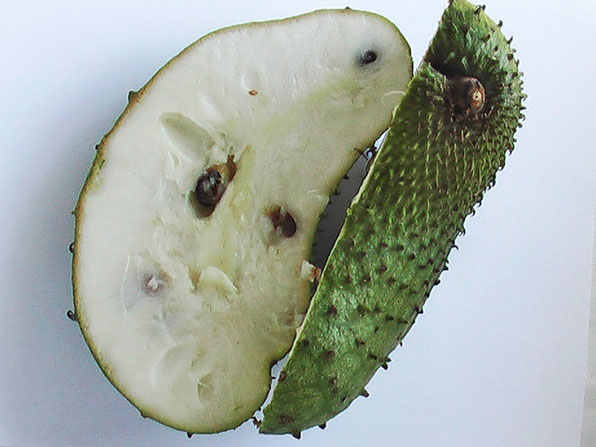 Totally unrelated to today’s post, here is a cool screen capture from Thursday’s sailing footage. Click on the image to view a large copy that you can more easily read the text. 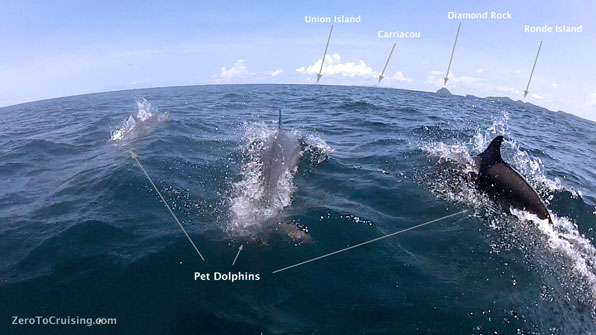 Another day, another Dominican adventure.

The glamour that is cruising