I’m not sure if I have written on this topic specifically but ever since acquiring our new (to us) hard-bottomed dinghy back in Florida, we have had a devil of a time getting it to ride securely on the davits. With the slightly-smaller Walker Bay inflatable that we used to have, we had no problems. In fact, with that dinghy, we never even removed the outboard when carrying it on the davits. Then again, we never sailed in these conditions, or these long distances either. Anyway, with the new one, let’s just say we have had issues. I do think we’ve got them sorted though, thanks to Brio.

While anchored in Georgetown, we spotted another PDQ 32, s/v Brio, and took note of how they had their dinghy rigged. Coincidentally, they had exactly the same size and even the same brand of dinghy that we do. What we noted was that, instead of using one block and tackle attached to a bridle line to raise the stern, they used two individual block and tackles, each attached to the lifting points. With this arrangement, the dinghy can be lifted much higher allowing us to get it to sit up onto the edge of the stern. Now, because we only had two of these setups, we had to be a bit creative with some extra blocks we had on hand. It all worked out though and after testing it on the last few passages that we have been on, I rate it a complete success. We still do remove the outboard from the dinghy for passages though, storing it on the rail mount that I made. We also took Drew’s advice and use two dock lines to add extra security to the dinghy, pulling it in tight for passages. I now pronounce this challenge ‘solved!’ 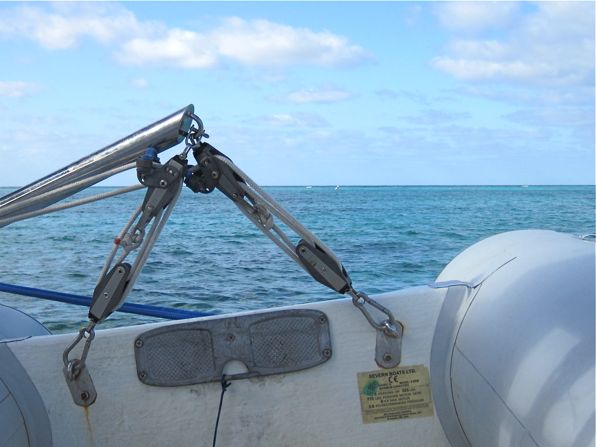 Dual block and tackle setups allow us to get the dinghy nice and high. 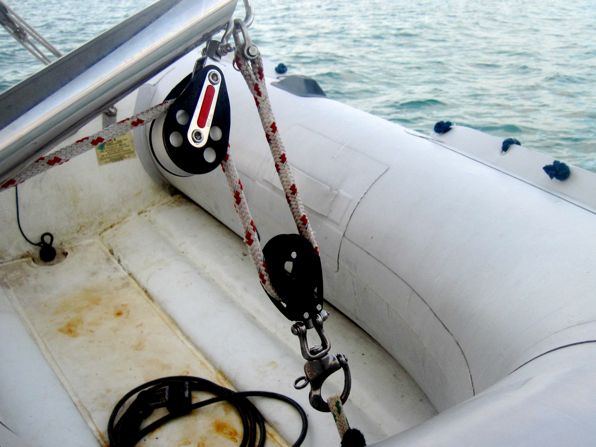 It’s always nice to have extra blocks on a boat. 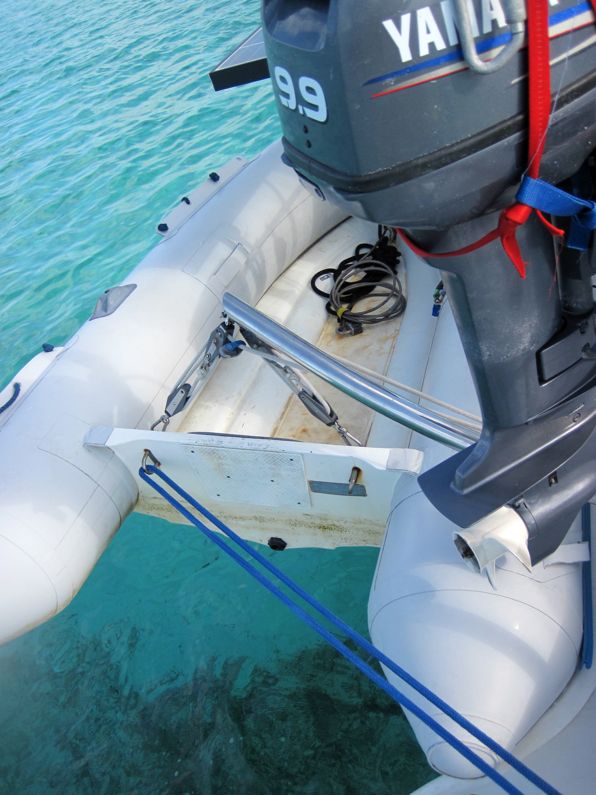 Dock lines are used to pull it in tight. 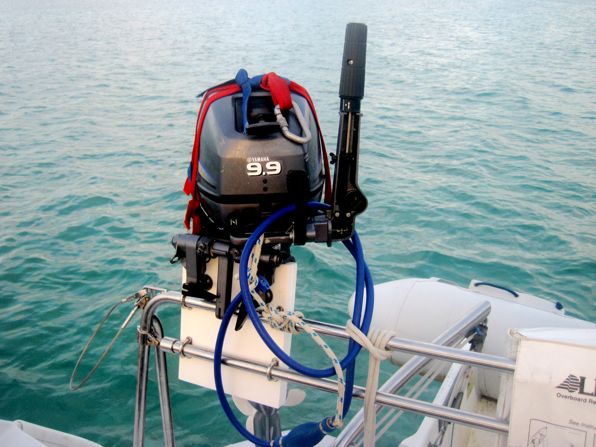